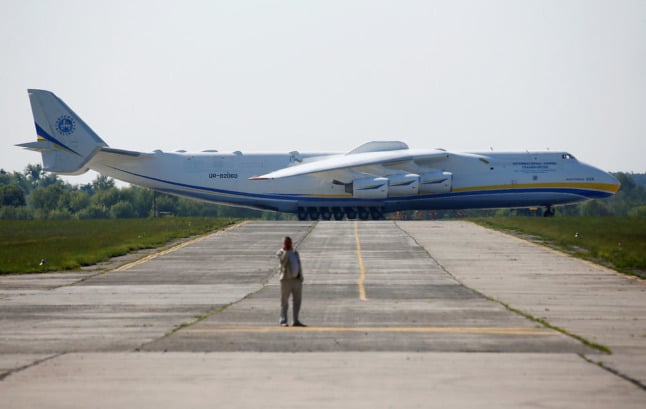 An Antonov An-225 Mriya photographed in Ukraine in 2016. Photo: Valentyn Ogirenko/Reuters/Ritzau Scanpix

The world’s biggest cargo aircraft, the Antonov An-225 Mriya, is scheduled to make a rare stop at the Danish airport, according to aviation media Check-in.

A public relations officer from the airport told Check-in that the aircraft is scheduled to land at Billund, Denmark’s second-largest airport, at 11:30pm on Friday February 4th.

It will remain at the airport overnight before a scheduled departure at 2pm the following day.

The arrival and departure times are subject to change.

The 84-metre cargo giant has six engines, is 18.1 metres tall and has a wingspan of 88.4 metres. Its take-off weight is 640 tonnes according to Check-in.

That makes it substantially larger than the type of passenger aircraft which usually pass through Billund. A Boeing 737-800, for example, is 37.5 metres long and has a wingspan of 35.8 metres.

Because of its size, the Antonov is often used for particularly demanding cargo flights, Check-in writes.

The aircraft has landed in Denmark on a handful of previous occasions. It was used to transport military equipment to Danish troops in Afghanistan in 2007 and in 2010 it delivered 42-metre-long wind turbine wings to Danish-based company LM Wind Power.

Billund Airport is aware of the cargo for next week’s flight but has agreed with the customer not to disclose what it is, according to news wire Ritzau.