There are significant variations between countries in terms of these factors. If you’re an international resident, knowing a little about these differences could help you better understand the health system in your adopted homeland.

In partnership with international insurance broker ASN, The Local presents a guide to some of the key differences in European healthcare that every expat needs to know.

For you, healthcare is all about your well-being and that of your loved ones – something nobody can put a price on. But staying healthy is a priority for everybody. Looked at on a national basis, spending on healthcare is therefore a major topic of debate wherever you live.

Comprehensive global health coverage to fit your life: find out more from ASN

Some governments spend significantly more on healthcare than others. The level of private coverage – and related spending – also varies between European countries.

So, how does your country compare with others in Europe when we look at total healthcare expenditure? France and Germany have the highest spending on healthcare relative to GDP in the EU, according to Eurostat, the statistical office of the European Union.

The figure stood at 11.3 percent in both countries in 2017, with Sweden next (11 percent). However, if we also include European Free Trade Association (EFTA) countries, Switzerland (12.4 percent) ranks as the undisputed leader.

Major countries that spend below the 9.9 percent EU average on healthcare in relation to GDP include the UK (9.6 percent), Spain (8.9 percent) and Italy (8.8 percent). Scroll over the map below to find out how much your country spends.

The Euro Health Consumer Index (EHCI) has been providing international comparisons for the performance of national healthcare systems since 2005. It looks at 46 indicators, including access to care, treatment outcomes, and the range and reach of services.

So, which countries come out on top? Switzerland ranks first in the latest index, followed by the Netherlands, Norway and Denmark. Countries with small populations dominate the top ten, which also includes Sweden (eighth) and Austria (ninth).

While France and Germany may have topped the European spending list, here they come in 11th and 12th positions. That still puts them ahead of other major nations in Europe such as the UK (16th), Spain (19th) and Italy (20th).

Switzerland has an “excellent, although expensive” system and it was no surprise to see it knocking the previous leader the Netherlands into second position, according to EHCI. The experts who produce the index added that “many countries have inefficient ways to fund and deliver healthcare services” – but lots of Europe’s smaller countries are setting a good example.

The benefits of good health are huge – for you as an individual, your family and your wider community. As a recent OECD report stated: “Healthy people create healthy communities and contribute towards a well-functioning, prosperous and more productive society.”

Living abroad or frequently crossing borders can sometimes place extra strain on you – as well as leading to difficulties in understanding a foreign healthcare system.

Many European countries have universal public healthcare systems. But this doesn’t always mean every treatment is free at the point of care or accessible immediately, so it’s worth checking your local rules and waiting list times. Switzerland’s highly-rated system is based on compulsory insurance and Germany has what is known as a ‘multi-payer’ healthcare system involving a combination of public and private insurance.

Confused yet? If you’re new to a country, you may not even be fully aware of how the relevant national system works.

This is one reason why some busy expats seek out a comprehensive solution such as international health insurance. Whether you live in another country, plan to relocate, or just want private coverage for peace of mind, ASN can offer options to fit your needs. You can get worldwide coverage, ensuring you always have the same level of cover even as you travel between countries.

The many benefits can also include 27-global service, an English-speaking personal advisor, routine or annual check-ups with your preferred doctor, quick access to a second opinion, and treatment with alternative medicine. You can upgrade or downgrade your policy and add or remove benefits – meaning you stay in control of what matters most to you. All of these services are free for ASN customers.

Here’s to a long life

Increasing life expectancy should be celebrated – and it’s risen fast in many European countries this century. Across the EU, life expectancy at birth reached 81 in 2018. Women can still expect to live longer than men (83.7 years versus 78.2) – but men have closed the gap a little in recent years.

Ageing populations are one of the big trends of the 21st century – and as Eurostat itself has pointed out this adds to the pressure on people in work to support services for the elderly through their taxes.

So, where can people expect the greatest longevity? The ten EU regions with the highest life expectancy for women at birth in 2018 were all in just two countries: Spain and France. For men, four of the top five regions were in Italy, with the only exception being Madrid (which also topped the women’s list).

Find out more about what ASN provides, from 24/7 English-speaking customer service to annual checkups with your preferred doctor 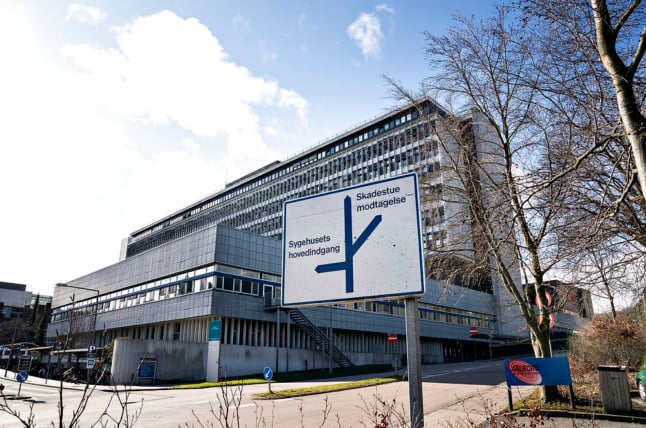 Access to Denmark's public health system can be difficult for people who are awaiting procedure of residence applications Several of The Local's readers have reported extended waiting times. File photo: Henning Bagger/Ritzau Scanpix

Readers of The Local Denmark report little assistance understanding their access to healthcare from SIRI, the Danish Agency for International Recruitment and Integration that processes residence permit applications. SIRI press officers told The Local Denmark they weren’t certain about applicants’ eligibility for free medical care while awaiting their personal registration or CPR number.

Foreign residents with questions regarding your personal circumstances can contact a patient advisor at local hospitals. These are listed on the borger.dk website.

Contacted by The Local’s reporter, a patient representative at Rigshospitalet in Copenhagen didn’t mince words explaining what people without a CPR can expect.

“If you have applied for a residence permit when you already are in the country, then you are entitled to stay here, but that doesn’t mean you have any rights at all, to be frank,” the advisor said.

While you are eligible to receive emergency care in Denmark, you will be required to pay for it. “They will not deny you the emergency care, but they will charge you,” the Rigshospitalet patient representative said.

This is a policy change that was initiated in the last few years, they noted. Emergency care in Denmark was free of charge even without a CPR number until 2019.

Access to routine medical care, referrals to specialists, and hospital admission is usually handled by your general practitioner, who is assigned to you by the Danish government when you receive your CPR number and yellow health insurance card. But for those awaiting residency permits, things are a little more complicated.

“Then if you have relatives [who are EU citizens] during the lack of insurance, you are also entitled to treatment which is not emergency – like planned operation or examination at hospitals, but still it’s against payment,” they added.

The Local’s reporter contacted the patient advice lines with health insurance queries after being referred to them by SIRI’s press service.

“I have various health conditions that I want to get checked but can’t because it’s not an ’emergency,'” one reader, who waited months without receiving her residence permit, told The Local.

“The insurance situation in the US is abysmal, but if I was there, I could at least sign up for insurance and be able to use it right away,” she added.

Patient advisors say the best bet is to reach out to several local general practitioners and ask if they’re willing to see patients who don’t have a CPR on a pay-for-service basis. (It may take several tries: one reporter at the Local Denmark found that two GPs hung up the phone when she spoke English, and one said they do not accept patients without a CPR.)

If you successfully recruit a willing GP, they’re able to refer you to specialists within the public health system, again on a pay-for-service basis, or get you admitted into a hospital.

Do I need insurance?

The short answer is that yes, if you don’t want to get stuck with a surprise bill if you get hit by a car or need to be hospitalised with Covid-19, you’ll need private insurance.

When choosing an international plan – usually offered by the major health and travel insurance companies – be certain to read what’s included since it’s likely to differ from the standards in your home country. For example, many providers of international insurance won’t cover pre-existing conditions at all, or will only do so for a (substantial) additional fee. Others consider medications an extra.

Also be vigilant for whether their network makes sense for where you live in Denmark, specifically. Some providers that say they have an extensive network only cover a handful of Denmark’s private hospitals.