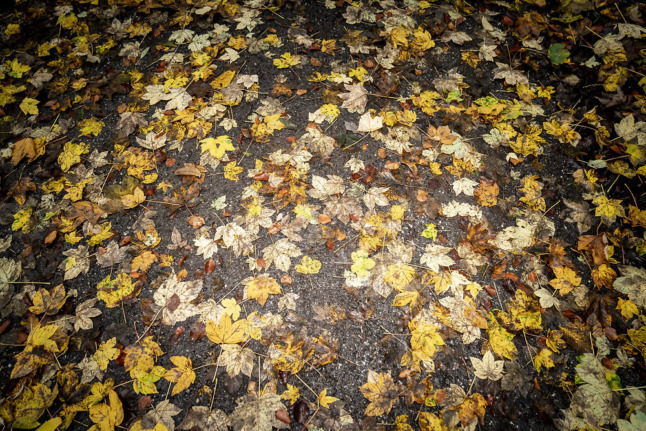 Autumnal weather might make it tempting to turn on the heating despite high energy prices. Photo: Mads Claus Rasmussen/Ritzau Scanpix

Police to ramp up speed checks this week

The National Police (Rigspolitiet) this morning sent out notification that it will be conducting extra fartkontrol or speeding checks this week.

The extra checks will take place from today until Friday October 15th and constitute a “targeted effort against speeding offences”, the police said in a statement.

“Every year police are called out to countless road traffic accidents which could have been avoided if the motorists had complied with speed limits… Speeding is therefore a very important area for our attention and we are prioritising speeding control on the roads to save lives and increase safety for traffic users,” officer Christian Berthelsen of the National Police’s traffic unit said in the statement.

Electricity and gas prices at highest level for nine years

High gas and electricity prices meant that bills paid by consumers in September were the most expensive for nine years.

Recent years have seen consumer prices for energy rise by 2.2 percent, according to Statistics Denmark data.

The last year has seen a particularly steep trend, with electricity going up by 15.2 percent and gas by as much as 52.8 percent – the highest annual increase in gas prices since 1980, according to news with Ritzau.

The regional health authority on Zealand says it wants it to be more difficult for angry patients to find out the names of doctors and nurses who have previously treated them.

As such, the region proposes allowing health staff to be identified by initials or employee numbers in patient records. Zealand is to propose a trial to the other four regions in Denmark, but is prepared to introduce the measure unilaterally, broadcaster DR reports.

“You can deal with threats and violence at work but when it encroaches on the peace of private life, that takes security away from staff,” Andreas Christensen, a union representative at the Oringe psychiatric hospital in Vordingborg, told DR.

Most of Denmark will see showers throughout Monday, particularly in Jutland, where the rain will fall from morning until the afternoon.

Some sun may glimpse through the clouds for short periods. This is most likely to happen in North Jutland and Zealand. Temperatures are forecast at about par for the time of year at 10-14 degrees Celsius.