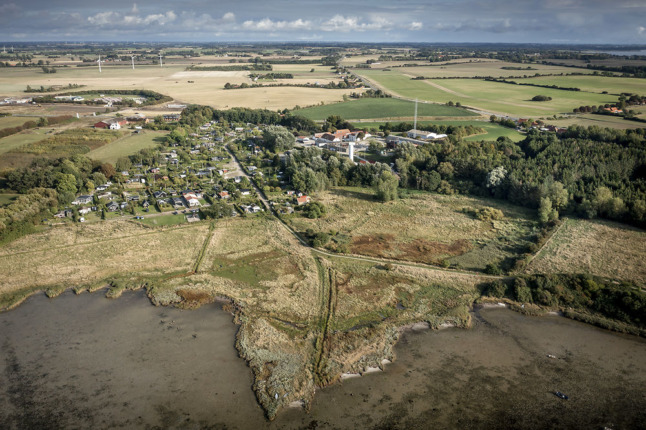 A drone photograph of an area near Korsør where PFOS pollution was detected. Photo: Mads Claus Rasmussen/Ritzau Scanpix

Several locations in Denmark are currently being checked for the presence of perfluorooctanesulfonic acid or PFOS, a human-made chemical previously used in products such as fabric protectors but now considered a pollutant.

High concentrations of the chemical were found in wastewater from a treatment plant at Korsør on Zealand.

The pollution means that the chemical may have found its way into food in some areas.

“We will now gather leading experts with knowledge of the composition and health-related consequences of fluorinated substances,” Sandø said in a statement.

“The purpose of this is to gather the knowledge we already have on this area to thereby better advise residents,” he added.

The pollution from the Korsør facility originates from foam used in fire extinguishers.

All of Denmark’s water works are also under investigation to rule out pollution in drinking water.