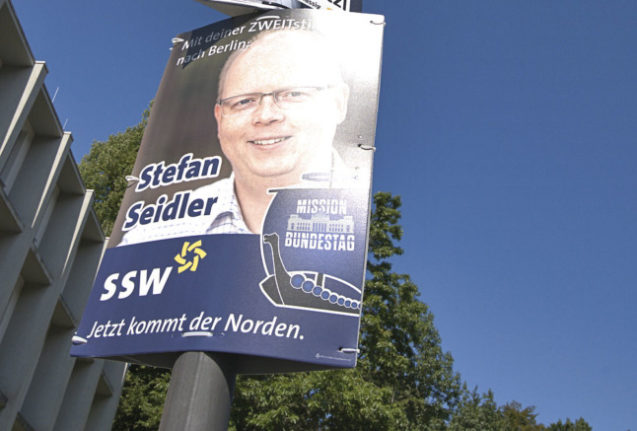 The party confirmed its lead candidate, Stefan Seidler, is in line to enter parliament with preliminary results in.

SSW represents the Danish minority who live in northern Germany’s Schleswig-Holstein region. The result is a historic one for the party, which has not entered the Bundestag for over 60 years and has not entered national elections since 1961.

Seidler said late on Sunday that he expected the party to get a seat in the German parliament with “95 percent certainty”.

“It is historic and huge for the Danish minority. It’s also a great moment for our region because we campaigned to put Schleswig Holstein more on the agenda in Berlin, because they overlook us quite often,” Seidler said.

“We have hit home with our message and I’m pleased about that,” he added.

According to the party’s own data on Sunday evening, it had reached the threshold of 40,000 votes needed to enter parliament.

Seidler said that spot would be used to boost the interests of the region, where a significant number of Danes live.

“We want more funding and to improve infrastructure. We need to look at our electricity prices because we pay the highest prices in all of Germany. That is because we’ve switched our energy production to green energy, so it’s odd that we produce the green energy for all of Germany but that it’s also us paying the bill,” Seidler said.

“We must also look at Scandinavia. What do they do better in Denmark? Digitisation is a good example where Germany is lagging far behind,” he added.

The Danish-speaking politician was born in German city Flensburg and studied political science at Aarhus University.