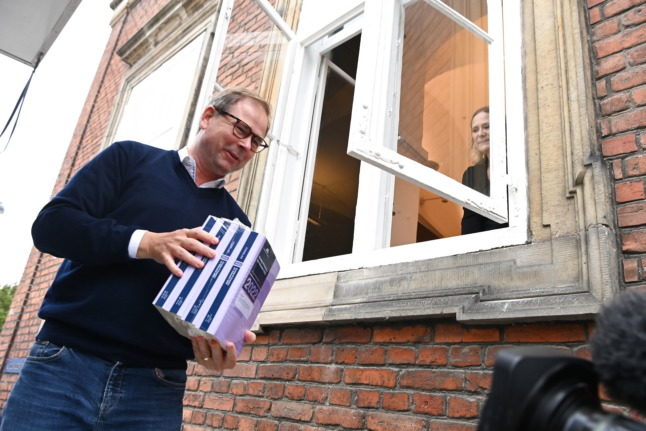 Denmark’s finance minister, Nicolai Wammen, will present the government’s budget proposal on Monday at a press conference live-streamed here at 11am.

According to the Ritzau newswire, the government intends to establish a running negotiating fund of 1.2 billion kroner a year, which it will then use to fund new commitments agreed with other parties during the year.

The government also wants to set aside 4 billion kroner for future challenges around Covid-19.

As many as 18 new cases were registered last week among fully vaccinated residents of Denmark’s care homes, according to the weekly statement from Denmark’s SSI infectious diseases agency.

“We must make every effort to analyze the causes and look at what can be done to reduce the risk,” he told Berlingske. “Do not sit on your hands and wait for it to go as wrong as it did last winter.”

The preceding week, 12 cases of Covid-19 were registered among fully vaccinated residents in Danish elderly care homes. Five Covid-19-related deaths have been recorded.

The Red-Green Alliance, Socialist Left, and Social Liberal party are together pushing the government to scrap the boligjobordningen, or “housing job scheme”, which gives tax breaks to those who employ cleaners, babysitters, nannies, window cleaners, gardeners, as well as for home improvements like replacing windows, insulation, installing solar cells, and painting outside walls.

The scheme was brought in back in 2011 to help prop the economy up following the financial crisis, and was expanded last year during the pandemic. The three parties no longer believe it is necessary.

A 31-year-old man who arrived in Denmark on Tuesday after being evacuated from Afghanistan was placed in pre-trial custody for 13 days on Friday, pending trial for breaking a ban on entering the country. The man is the second evacuee from Kabul who has turned out to have been previously deported after being jailed in Denmark for a crime.

On Tuesday, the man said that he had been employed by the Danish authorities in Kabul, and had been given the green light to be evacuated together with his wife and his two small children, who were aged two years and four months respectively.

The centre-right Liberal Party has sharply criticised Denmark’s government for launching an inquiry into the evacuation of Danish citizens and Afghan employees from Kabul without consulting with or agreeing the terms of the inquiry with other parliamentary parties.

“The government should have convened all the parliamentary parties so that we could jointly decide a model for how this inquiry should take place,” Michael Aastrup Jensen, the Liberal Party’s foreign affairs spokesman, told Ritzau.

“We cannot allow the government to investigate itself, and I expect a majority in the parliament to agree on this,” Aastrup Jensen said, calling for the inquiry to fully independent of the government.