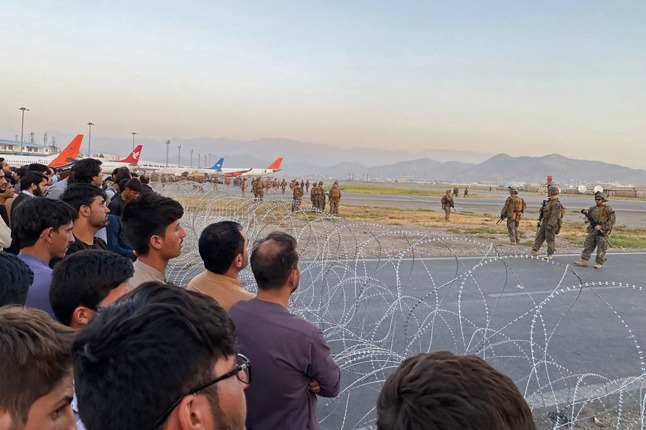 In the three months to the end of June, Denmark’s economy grew by 2.2 percent, pushing total GDP beyond its pre-pandemic high, Denmark’s statistics agency, Danmarks Statistik, said on Monday.

“The Danish economy has with this success reached a level that is high than the fourth quarter [last three months] of 2019, and has, as a result, erased the decline caused by the coronavirus crisis.”

Finance Minister Nicolai Wammen said in a written comment that the economy was now officially on a boom, meaning fiscal politics would be tightened.

A group of Danish and Norwegian staff was evacuated from Afghanistan on Sunday “under very difficult circumstances”, Denmark’s defence minister, Trine Bramsen, said on Sunday night.

The Danish defence ministry did not disclose the number of evacuees, although on Monday morning Bramsen told TV2 that there were still Danish staff remaining in the country.

On Monday morning, the Minister of Defense announced that there are still Danes in Afghanistan.

“It is local employees, interpreters and Danes who have only recently stated that they are in Afghanistan,” she said.

Joy Mogensen, Denmark’s culture minister, has announced her resignation, saying that the strain of losing her daughter and handling the coronavirus crisis, had meant she felt she did not have enough to give.

She has run out of profits, she writes, among other things. Becoming a minister, losing her daughter and having dealt with the corona crisis in two drug areas has left its mark, writes Mogensen.

“Since I have always been in politics with the rule of thumb that you should only be there so long as you can give everything you have in you, then the next step is obvious,” she wrote.

Mogensen, a popular former mayor of Roskilde, has come under heavy criticism from opposition parties since becoming a minister.

Number of coronavirus patients in Denmark has doubled this month

There are now 113 patients being treated for coronavirus in hospital in Denmark, the country’s SSI infectious diseas agency said on Sunday, more than double the 54 hospitalised at the start of the month.

“It is not worrying, but it is something to pay attention to,” said Torben Mogensen, an anesthetist and chairman of the Lung Association, told Ritzau.

At the same time, there were 850 new coronavirus cases registed in the 24 hours leading up to 2pm on Sunday.

The district court in Lyngby on Friday found Morten Messerschmidt, deputy leader of the Danish People’s Party, guilty of fraudulently receiving funds from the European Union for a conference.

The former MEP was accused of lying about a DF conference in Skagen using forged documents, and of using the money to instead hold a summer meeting for the party.

Messerschmidt was given a six month suspended prison sentence and is appealing the verdict.