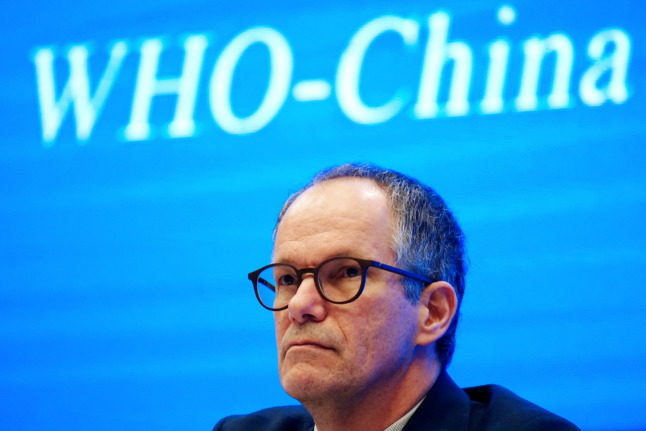 The Danish scientist Peter Embarek speaking at a press conference during his visit to Wuhan in February. Photo: Aly Song/Reuters/Ritzau Scanpix

China has reacted furiously to any suggestions that the pandemic, which has killed at least 4.3 million people since emerging in the city of Wuhan in December 2019, was caused by malpractice involving one of its laboratories.

But this is part of the “probable” assumptions, according to the head of the World Health Organization mission to investigate the origins of the pandemic.

“An employee (of a laboratory) infected in the field taking samples falls under one of the likely hypotheses. This is where the virus passes directly from bats to humans,” Peter Embarek told the Danish public channel TV2

In a documentary broadcast on Thursday, the head of the delegation of international scientists sent by the WHO to Wuhan is very critical of China.

The first phase of the WHO study, conducted at the start of the year, concluded on March 29 that the hypothesis of a laboratory incident remained “extremely unlikely”.

However, Embarek said it had been difficult for his team to discuss this theory with Chinese scientists.

Just 48 hours before the end of the mission, they had still not agreed to mention the laboratory thesis in the report, he said in the documentary. It was after these exchanges that the WHO delegation won permission to visit two laboratories where research is carried out on bats, he said.

During these visits, “we had the right to make a presentation, then we were able to speak and ask the questions that we wanted to ask, but we did not have the opportunity to consult any documentation”, Embarek said.

The scientist also pointed out that none of the types of bats suspected to have been the reservoir for the SARS-CoV-2 virus that causes Covid-19 live in the wild in the Wuhan region.

The only people likely to have approached these types of bats are employees of the city laboratories, he said.

The WHO on Thursday urged China to share raw data from the earliest Covid-19 cases to assist the pandemic origins probe — and release data to address the lab leak theory.

The global health agency also urged all countries to depoliticise the search for the origins of the pandemic.