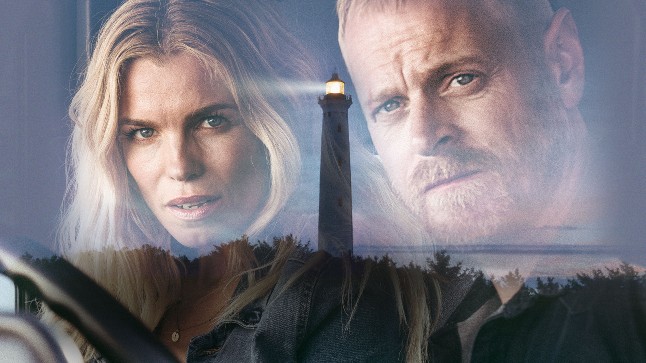 The series TV2 is one of the many Danish series to come out this year. Photo: TV2

Danish government ‘will not leave Afghan employees in the lurch’: foreign minister

Denmark’s government has committed to helping those who worked for the country in Afghanistan, after the first day of inter-party talks on how to treat Afghan translators and other staff as the Taliban look likely to overrun much or all of the country.

“One thing is certain,” foreign minister Jeppe Kofod told the Ritzau newswire. “The government will not leave any of those who have worked for Denmark in the lurch. I am happy that a big majority of parties shares that position.”

Kofod said that the government’s position was still that the cases of Afghan former employees who seek help should be treated on an individual basis.

“But we expect that we can easily see in a Danish context that people who are specifically threatened are helped out, evacuated, and given the opportunity to apply for asylum in Denmark.”

Kofod said an inter-party agreement should be reached later this week.

When the strike started on June 19th, about 4,750 nurses have been on strike across the country. That number is now being further increased to 5,452, with a further 225 nurses going on strike on August 17th.

The Danish Nurses’ Council’s strategy is to disrupt planned operations, focusing on withdrawing nurses who specialise in surgery, looking at anesthesia, awakening, outpatient clinics, and IT.

Almost 50,000 treatments have been postponed since June 19 in hospitals across the country, with knee and hip surgeries particularly affected.

Denmark’s contribution to global emissions is tiny, but the country can still make a big contribution if it leads by example, the country’s climate minister has said, as a new IPCC report warns that time is running out for the climate.Speaking at a press conference after the publication of the latest interim report from the International Panel on Climate Change, Jørgensen said that Denmark’s efforts to reach its target of a 70 percent cut in emissions compared to 1990 levels could inspire other countries with greater emissions to take urgent action.

“We can show other countries that a green transition can be implemented without compromising quality of life and without costing jobs,” he said.

“In addition, we in Denmark, if we push ourselves, will find new solutions. The development of offshore wind farms is a good example, which today is an integral part of climate efforts throughout the world.” Read our story here.

Naser Khader, a former MP for the Conservative People’s Party, was suspended in July after five women came forward to state broadcaster DR accusing him of abusing them, with one claiming that he had attempted to force her to have sex with him.

According to Politiken, the party does not intend to let him return to his parliamentary duties before the end of an ongoing legal investigation.

Khader is reportedly preparing to sue either the women behind the accusations or DR.

As many as 415 workers in Danish television and film have written an open letter protesting the “bullying” culture that has grown up in the industry as production houses struggle to meet an unprecedented demand for content from streaming services such as Netflix.

“We do not accept violence – mental or physical – harassment, bullying, threats to smash anyone’s career or other bullying methods. It is an abuse of power and should not take place at a time when #MeToo has long been rolling out all over the world, starting precisely in the film industry,” the letter reads.

It takes a year to see a psychiatrist in Denmark

New data from sundhed.dk analysed by broadcaster DR show an average wait time of 63 weeks to get in with a psychiatrist.

Regional differences in wait times are dramatic — in North Jutland, patients wait an average of 84 weeks.

Minister of health Magnus Heunicke has refused to sit for an interview with DR on the status of a 10-year plan to improve access to mental healthcare.

READ MORE: Depressed in Denmark: How to find a therapist in the ‘world’s happiest country’

Within the next six months, 130 Danish instructors will arrive in the United Kingdom to train Ukrainian soldiers who have “no or limited military experience,” according to newswire Ritzau.

“We have undertaken to train up to 10,000 Ukrainian soldiers in Great Britain, and I am pleased that Denmark will participate in that project,” Ben Wallace, the British minister of defense, said at a press conference in Copenhagen Wednesday afternoon.

Danish minister of defense Morten Bødskov says the country has also extended an offer to train Ukrainian soldiers in Denmark — for example, in de-mining.

Russia’s ambassador to Denmark, Vladimir Barbin, sees the assistance to Ukraine as “delaying peace,” he wrote in an email to broadcaster TV2.

Bavarian Nordic, the company behind the monkeypox vaccine, has spoken out against the US Food and Drug Administration’s plan to split single doses of the drug into five smaller doses under certain circumstances, according to reporting by the Washington Post.

The FDA signed off on the plan on Tuesday in an effort to extend a limited supply of doses to a greater population.

The US isn’t the first country to attempt to get creative with the dosing of the vaccine. According to Bavarian’s instructions, the monkeypox vaccine should be administered over two shots separated by at least 28 days, but the UK has begun offering only a single shot.

“If countries decide to give one shot now, they have a long time to offer the booster and still achieve the same durability advantage. There is plenty of data to support one shot,” Paul Chaplin, managing director of Bavarian Nordic, told news outlet Science in July.

7-Eleven mostly back on grid after ransomware attack

About 169 of 7-Eleven’s 176 Denmark locations are back up and running, according to a statement from the convenience store company on Wednesday evening.

However, convenience stores at train stations (where you can buy a transport card) only accept Dankort at the moment. All operational stores outside of train stations currently accept Mobile Pay and cash, and many can take Visa, Mastercard, and Dankort.

7-Eleven has also confirmed that the outage was due to a ransomware attack — hackers demanded money to return access to the company’s data and systems.