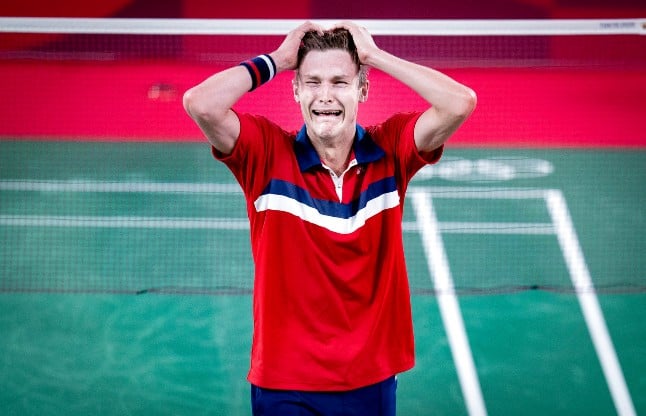 Viktor Axelsen took a gold medal for Badminton on Monday, which together with Emma Aastrand Jørgensen’s bronze medal in 200m kayak, brought Denmark’s tally of medals in the Tokyo Olympics to six, with two golds, one silver and three bronze medals. Sailor Anne-Marie Rindom won a gold in Laser sailing on Sunday

Denmark is so far ranked 21st out of all the competing countries, ahead of its Nordic neighbours Norway, Sweden and Finland, in 22nd, 30th, and 75th respectively.

The priest Thomas Gotthard will confess to murdering and burying his wife at a court in Hillerød on Tuesday morning, his defence lawyer has told TV2.

“The accused is expected to give a full account about what happened, and we hope and expect that the case will be decided with a confession case later in the day,” Jesper Storm Thygesen said.

Maria From Jakobsen disappeared from her home in Frederikssund, near Roskilde, on the morning of October 26th last year, with Gotthard maintaining that she had left the house in a depressed state without taking her bank cards or telephone.

Three weeks later, he was arrested and charged with killing her and subsequently disposing of the body.

Police then found large quantities of caustic soda and hydrochloric acid in his house. They found that he cleaned the car on October 26th, and on November 6th, he disposed of a big blue plastic barrel at Frederikssund Recycling Site.

A further 785 people in Denmark tested positive for coronavirus in the 24 hours leading up to 2pm on Monday, according to the latest update from the SSI infectious diseases institute, on the back of 56,639 PCR tests. This means that 1.39 percent of tests were positive, roughly in line with the ranker of 1 percent to 1.5 percent reported in the past few weeks.

The number of people being treated in hospital has fallen to 54, and one additional death was reported.

Some 54.9 percent of the Danish population are now fully vaccinated, while 72 percent have had their first jab.

From Wednesday, the summer is expected to return in Denmark, with the temperature holding between 20C and 23C, and sunshine in most places.

For the last week, much of Denmark has suffered relatively cold temperatures and sporadic showers.

“It will be relatively cool today and tomorrow, but from Wednesday, warm temperatures will be back,” Bolette Brødsgaard, a meteorologist at Denmark’s state forecasting body, DMI, told the Ekstra Bladet newspaper. “We can look forward to a week without the frequent downpours, we’ve seen recently.”