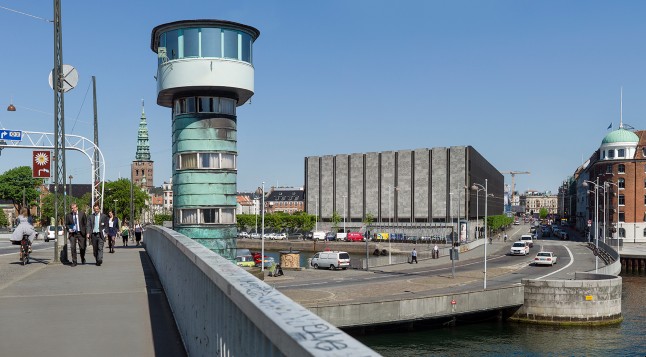 Denmark’s financial affairs ministry on Wednesday called on Danish banks and mortgage providers to once again start putting part of their revenues into a so-called “counter-cyclical buffer” so that they have a store of capital to draw on in the event of a financial downturn or crisis.

At the same time, Denmark’s national bank said it now expected Denmark to enter a mild boom over the next two years and called for the government to do more to apply the financial brakes.

“There are signs of bottlenecks building up in manufacturing, construction, and some parts of the service industries,” it said in its latest outlook on the Danish economy. “The Government should be prepared to tighten fiscal policy more than already planned.

But, it is rebounding strongly from the 2.7 percent contraction in GDP caused by the pandemic last year.

Denmark’s Nationalbank expects growth of 3.3 percent this year, more than double the 1.4 percent it expected just three months ago.

Exports of Danish goods have already bounced back above the pre-pandemic level, growing 10.6 percent of the first three months of this year.

Exports of services such as air transport are still below where they were before the pandemic hit, causing total exports below pre-pandemic levels.

The number of unemployed people is still 10,000 more than before the pandemic struck, but there are 30,000 fewer people unemployed than even as recently as March.

House prices are seeing particularly strong growth, with the Nationalbank expecting a jump of 14.2 percent this year, something it attributes partly to the increased time people spent at home in the crisis.

Here are two graphs from the national bank’s report, the first showing how GDP is set to increase into 2022 and 2023, and the second how how exports of goods has recovered. So why is the government returning the countercyclical buffer?

Denmark on March 12th freed banks from the requirement to pay into a crisis fund, something the finance ministry predicted would free up as much as 200 billion kroner of extra liquidity which banks could use to lend to companies under pressure as a result of the pandemic.

With many businesses now back to normal trading conditions, Denmark’s Systemic Risk Council on Tuesday advised the government to order banks to start paying back into the buffer at a rate of 1.0 percent, increasing the pay in rate to 2.0 percent at the start of 2023, with the level eventually increased to 2.5 percent.

“Denmark has come through the coronavirus crisis well, and the government expects economic activity to further increase as closed industries are reopened and the population is vaccinated,” business minister Simon Kollerup said in a press statement.
The move had been opposed by Finance Denmark, the trade body for banks and mortgage providers, who in a press release on Tuesday argued that the banking industry still needed additional funds to keep struggling Danish companies afloat.
“In the financial sector we are currently devoting a lot of energy on how to get as many companies as possible out through to the other side when the state’s aid packages come to end,” the group’s director, Ulrik Nødgaard, said.
“A forced build-up of the buffer will, all other things being equal, hamper the banks’ ability to help companies that are on the right track again after the coronavirus crisis.”
Might a tightening of mortgage rules also be on the cards?
The Systemic Risk Council on Tuesday also called on Denmark’s government to rein in the housing market by banning banks from issuing interest-only mortgages to those borrowing more than 60 percent of the value of the property they are buying.
“The primary purpose of the initiative is to increase the resilience of homeowners – and the Danish economy – to falling house prices, increasing interest rates, and other negative economic shocks,” the council said.
The government has three months to either follow the council’s advice or issue a statement explaining why it is ignoring it.
What other brakes could be put on the economy?
In its outlook, Nationalbanken proposed several actions the government could take to stop the economy from overheating:
The government should follow the advice of the expert group appointed to work out how to phase out the financial support schemes brought in during the coronavirus crisis. This would mean starting to wind down the various support packages from July 1st. No new coronavirus support programs should be brought in.
It should not extend the temporary increase of the Housing Job Scheme (BoligJobordningen), a tax break that homeowners can get for hiring people to improve their housing, into 2022.
It should also not spend any funds left in the Covid-19 war chest it set up at the beginning of the pandemic, and should instead save the money for other uses.

Danmarks Nationalbank sees house price increases of 14 per cent in 2021 Danish house prices will rise by a double-digit percentage in 2021. This is at least the expectation at Danmarks Nationalbank. In a new forecast, Danmarks Nationalbank expects house prices to rise by as much as 14.2 per cent this year. At the same time, expectations are slightly above the 9.7 per cent that Danmarks Nationalbank estimated for this year’s increase in March. In its forecast, Danmarks Nationalbank notes that general house prices have risen sharply since last summer. This is confirmed by the latest figures for the price development at Boligsiden. The site is owned by and collects information from real estate agents. In a statement from May, house prices here were 15.7 percent higher than a year earlier. It was the result of 13 consecutive months of increases. For owner-occupied flats and holiday homes, prices were also 17.9 and 26.4 per cent higher than in May last year. The increases have been supported by rising incomes during the pandemic – partly as a result of aid packages. At the same time, interest rates have been low. However, price increases have been stronger than income and interest rate developments suggest, Danmarks Nationalbank estimates. Therefore, the bank recommends measures that can increase the resilience of the housing market. The bank has done this in the past. – Requiring repayments for the most indebted homeowners and a reduction in interest deductions can reduce the vulnerability of large fluctuations in the housing market and prevent unsustainable risk build-up. – It will strengthen the resilience of the Danish economy. – It is a good time now to introduce such structural measures, says Danmarks Nationalbank Governor Lars Rohde. On Tuesday, the Systemic Risk Council also issued recommendations to increase the resilience of the Danish housing market. Here, special emphasis was placed on tightening Danish homeowners’ access to installment-free loans against mortgages on real estate. Installment-free loans are loans where you do not pay off the debt at times, but only pay interest and the contribution rate. So far, the government has refused to intervene in the housing market on the grounds that there are expectations of falling house prices. Lars Rohde agrees that it is probably not the right time to intervene if house prices are falling. – But I wonder that when we have now seen house price increases of over 15 percent, that it is not right now the right time to do something structurally sensible, says Lars Rohde. Over the next few years, Danmarks Nationalbank also expects house prices to rise. In 2022 and 2023, increases of 6.2 and 0.8 percent, respectively, are expected. In comparison, expectations in March were 3.0 and 2.3 percent, respectively. / ritzau / …

It is therefore appropriate that the extraordinary compensation schemes from the lockdown are phased out in accordance with the Expert Group’s recommendations10, and that the Government does not envisage extending the temporary increase in the Housing Job Scheme (BoligJobordningen) to 2022.

On Tuesday, the Minister received a recommendation from the Systemic Risk Council, which is to monitor the financial sector in Denmark, that it was time again to ask banks and mortgage banks to put money aside. It happens through something called the countercyclical capital buffer. It covers the fact that the government demands that in good times money be set aside for bad times in the banks and mortgage lenders. The idea is that when a crisis arises, the money that has been set aside can be used. This should prevent banks from having money to lend in financial crises. The mechanism was put into use under the corona. Here, the Minister lowered the requirements for how much should be set aside to zero. It thus freed up more money that banks and mortgage lenders could use and lend. In the press release, the Minister of Trade and Industry says: – In March 2020, the government released the countercyclical buffer to support banks’ lending capacity so that banks could hold hands under companies and jobs during the shutdowns. – Denmark has come well through the corona crisis, and the government expects that economic activity will increase further as closed industries are reopened and the population is vaccinated. – Therefore, it makes sense to put aside in good times, so we have something to resist if Denmark were to be hit again. Thus, the reintroduced requirement is also a sign that the Danish economy, according to the government, is moving away from the crisis situation that has prevailed since the corona epidemic broke out. Finans Danmark, which is an organization for the banks and mortgage banks, said on Tuesday that it believes it is too early to start putting money aside again. The Systemic Risk Council already announced on Tuesday that the council before the end of the year will probably recommend that the requirement for how much money should be set aside be raised again. / ritzau / …

POLITICS
Why high inflation is a headache for Denmark’s government
Url copied to clipboard!