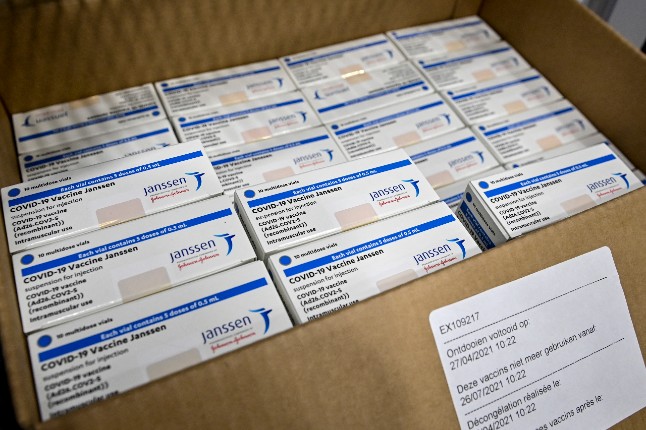 In a press release, the authority said it had concluded that the benefits of using the COVID-19 vaccine from Johnson & Johnson “do not outweigh the risk of causing the possible adverse effect, VITT [Vaccine-induced Thrombotic Thrombocytopenia]” in those who receive it.

As the Covid-19 epidemic in Denmark is currently under control, and the vaccination rollout progressing satisfactorily with other available vaccines, it said it had decided to drop Johnson & Johnson from the national vaccination campaign.

The authority’s deputy director-general Helene Probst said in the statement that it had been “a difficult decision”, particularly after the decision on April 14th to withdraw the AstraZeneca vaccine.

“Taking the present situation in Denmark into account, what we are currently losing in our effort to prevent severe illness from Covid-19 cannot outweigh the risk of causing possible side effects in the form of severe blood clots in those we vaccinate,” she said.

The authority said that the decision would primarily affect those between the ages of 20 and 39 years old, who will have their doses delayed by about four weeks.

Almost everyone in the more high-risk 65-74 age group, she said, has already either been invited to book a vaccination, had one booked, or been given the first dose, meaning they will not be affected, and while the young people affected would have to wait longer for a coronavirus passport, they were, she said, not at a high risk of more serious consequences.

“Age is the main risk factor for severe illness from COVID-19, and these are younger citizens who are not at risk of becoming seriously ill,” she said.

Those over the age of 39 would see their vaccination delayed by at most a week, she added, as Denmark was set soon to receive large deliveries of the Pfizer and Moderna vaccine.

Shortly after the decision was announced, it emerged that parties representing a majority in the parliament had to make the AstraZeneca and Johnson & Johnson vaccines available, free of charge, to those who want it, outside of the mass vaccination program.

The decision was reached at a meeting between Denmark’s health minister, Magnus Heunicke, and representatives of Denmark’s parliamentary parties.

“We agreed to set up a voluntary model, which they will now work on, which will mean that you can choose a vaccine that is not included in the vaccination program,” said Liselott Blixt, who represented the Danish People’s Party at the meeting.

“We should take it easy. It’s not something that should be rushed through. No one should feel pressured. It should be a voluntary model for those who want to have it.”

The hope is that the voluntary scheme will begin later this month, several of those present at the meeting told Ritzau.

Denmark has already received 75,000 doses from Johnson & Johnson, and has bought some 7m doses in advance. The authority did not say what the country intended to do with these doses.

Probst stressed in the press release that Monday’s decision did not mean Denmark could not decide to roll out the Johnson & Johnson vaccine in future if further research changed its assessment of the risk, or if Denmark saw a surge in infections.

“New knowledge may emerge, or the situation in Denmark may change, for example, in terms of infection pressure, disease burden, epidemic control, or other vaccines’ availability,” the release said.

The decision came after the authority reviewed international data and statements released over the last month, following several cases of blood clots among those given the vaccine in the US. A team of external Danish experts also contributed to the evaluation.

Denmark on April 14th said it would withdraw the AstraZeneca jab from its vaccination program, following a series of rare but very serious side effects involving blood clots and brain haemorrhages.

This makes it the only European country apart from Norway not to resume use of the Astra vaccine after the European Medicines Agency ruled that the benefits of giving the vaccine far outweighed the risks.