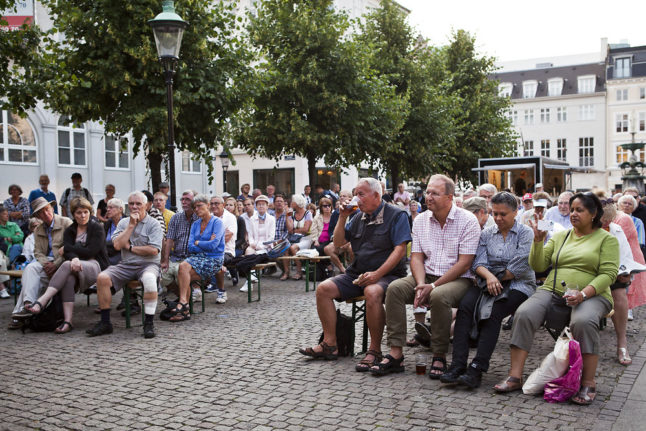 Director Thomas Vinterberg’s film ‘Another Round’ (‘Druk’ in the original Danish), won an Oscar on Sunday for best international feature film.

The movie, a dark existential comedy about the joys and dangers of being drunk, is the fourth Danish film to win an Oscar for best non-English language film.

Vinterberg gave a moving, tearful speech as he accepted the award.

Here’s that story in full.

Vaccinated US nationals will soon be able to travel to Europe, EU says

Americans who have been fully vaccinated against Covid-19 will be able to visit the EU this summer, president of the European Commission Ursula von der Leyen has vowed.

“The Americans, as far as I can see, use European Medicines Agency-approved vaccines,” von der Leyen told The New York Times.

“This will enable free movement and the travel to the European Union.

“Because one thing is clear: the 27 member states will accept, unconditionally, all those who are vaccinated with vaccines approved by the EMA”, Von der Leyen said.

You can read more on that in this article.

A review by the Danish Road Directorate (Vejdirektoratet) has found that social restrictions related to the coronavirus pandemic have reduced the number of fatal accidents on Denmark’s roads.

The review includes March 2021, when six people lost their lives due to road accidents in the country.

“We can see that there was a very low number of deaths in March. Compares with earlier years, this constitutes a reduction by one half,” departmental head Marianne Steffensen told news wire Ritzau.

In March 2020, when a lockdown was introduced halfway through the month at the beginning of the pandemic, 10 people lost their lives on the roads.

We reported on Friday that recommendations made by the government’s expert panel leave the prospects for major music festivals such as the Roskilde Festival hanging by a thread in 2021.

Copenhagen Jazz Festival normally takes place in early July with over a thousand concerts and events of varying sizes at 130 locations around the city.

“We have continually been looking into various restriction scenarios and therefore still expect to go ahead with Copenhagen Jazz Festival 2021 in some form. If nothing else, as a pure concert-venue festival with fewer free locations,” the event’s manager Kenneth Hansen told broadcaster DR in a written comment.

“But everything depends on the political decision based on the expert group recommendations,” Hansen pointed out.