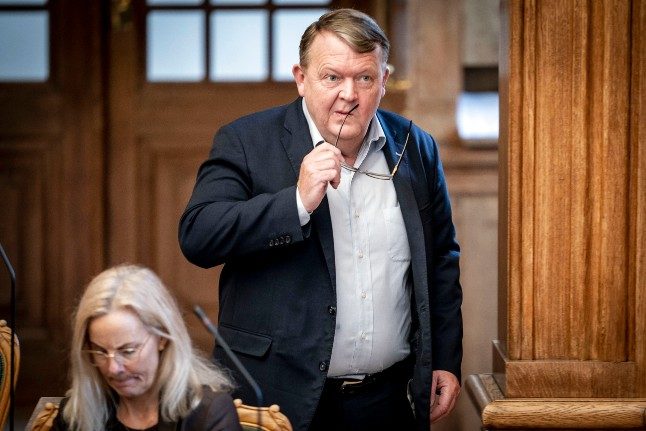 In an article in the B.T. tabloid, Lars Løkke Rasmussen said that Jakob Engel-Schmidt, a former MP with the centre-right Liberal Party, had been hired to head the secretariat of The Political Meeting Place, ‘Det Politiske Mødested’, the online discussion group Rasmussen has set up, as a precursor to launching a party.

“We are serious. There’s going to be a new party which aims to be a sensible, pragmatic, and undogmatic voice in the political debate,” he wrote.

The party, he added, would “create momentum and change at a crossroads between a ‘blue bloc’ that is tormented by value politics, and a ‘red bloc’ , stuck in a past view of the individual and the state.”

To launch the party, Rasmussen will need to collect the signatures of 20,100 voters, something that should not be too challenging given that over 15,000 people have already signed up to his discussion group.

Rasmussen gave no details of what the party would be called or when it would launch, but BT’s political editor Henrik Qvortrup predicted that a party run by Rasmussen could easily win enough votes to enter parliament, winning a vote share of around seven percent.

“I can easily imagine that it can be a success,” he said. “This can be something that the blue block should not be too sorry about, as it can draw voters across the middle.”

Rasmussen’s party appears as likely to target voters for the Social Liberal party, which combines a belief in free markets with liberal stances on the environment and immigration, as it does those of his former Liberal Party.

In his article, one of the ideas he floated included replacing student grants with student loans, which he said would mean Danish universities would be better able to offer English language courses for international students.

Rasmussen also suggested lowering business taxes, which he said was not incompatible with improving welfare.

“Is it naive to believe that we can talk ourselves into both lowering business taxes so that Denmark becomes even more competitive, and increasing the quality and conditions of what we offer the weakest in our society?” he asked.

Since he stood down as its leader, the party has been mired in internal strife, with its hardline former immigration minister Inger Støjberg forced out of her post, after which a majority of her party colleagues voted for her to be impeached for her treatment of asylum couples as minister.