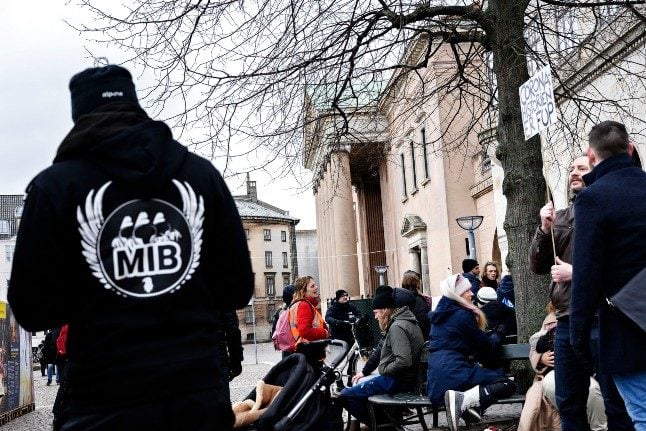 The Copenhagen court found the 30-year-old woman guilty of, among other things, statements and actions that contributed to a “gross disturbance of public order as well as the use of violence against police”.

The court cited evidence of the woman taking part in a demonstration that turned violent and a speech she gave during a January 9 demonstration organised by the Danish anti-restriction group “Men in Black”.

Her sentence was originally set to one year in prison, but the court also invoked a law passed at the end of 2020 that allowed the sentence to be doubled since “it had a background in and was connected to the Covid-19 epidemic”.

Media reported that the woman cried as she received her sentence, which is the first severe conviction related to a wave of anti-restriction protests that erupted in Denmark in early January.

The case has also sparked a debate about how the woman’s at times ambiguous comments during her speech should be interpreted.

“Are you ready to walk around and smash the city in a non-violent way?” she told the crowd during an impromptu speech on a square outside Copenhagen’s City Hall. “The people in Parliament. Smash the system,” she also told the crowd of a few hundred people.

The demonstration then degenerated into violence, and the young woman, a mother of two, remained in the forefront despite calls for dispersal from police, according to the ruling.

Sixteen police officers were shot at with fireworks, or had stones and other objects thrown at them, leading to arrests of several demonstrators. The court also noted that police had been worried about violence as the demo was held just three days after the storming of the US Capitol building during a protest in Washington D.C.

In a statement, the court explained that it disregarded her mention of “non-violent” because of her repetition of the word “smash”.

According to local media, dozens of supporters of the defendant came to demonstrate in front of the court, shouting at police, journalists and the prosecutor as they passed.

The application of the provision allowing for the doubling of the sentence also led to objections from several left-wing politicians.

“Completely insane to get a doubled sentence for corona critique. You shouldn’t have to fear a double punishment for demonstration against the government,” the centre-left member of parliament Kristian Hegaard said on Twitter.

He clarified, however, that he did think the woman should be punished.