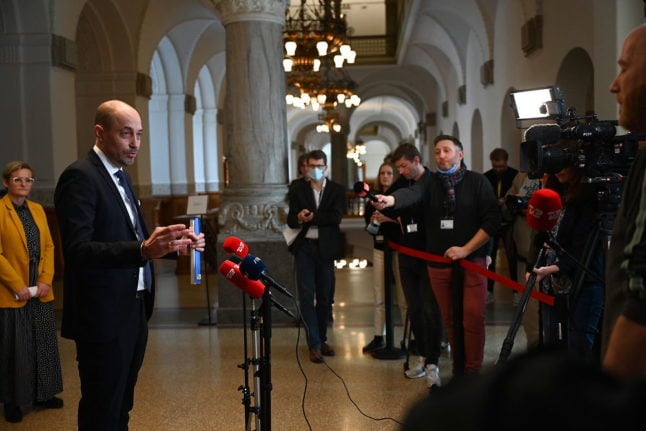 Denmark confirmed on Wednesday that it will partially lift national coronavirus restrictions with effect from March 1st.

The announcement came after the publication of expert group recommendations and negotiations between the minority Social Democratic government and other political parties.

Schools will be allowed to partially reopen in some areas of the country, but not in others. Final year students at elementary schools, upper secondary schools and further education (not universities) will be able to attend schools in North Jutland and West Jutland.

Classes will return at 50 percent capacity, meaning that students will attend every other week. Additionally, students over the age of 12 will be asked to take a Covid-19 test twice weekly, as will teachers.

Youth residential schools (efterskoler) in the two Jutland regions will be allowed to operate with full attendance and special infection prevention measures.

On Baltic Sea island Bornholm, which has seen low infection rates, all year groups will be allowed to return to elementary schools.

Shops which sell durable goods such as clothes or furniture will be allowed to open nationally from March 1st provided they are under 5,000 square metres in size. Stores which are located in shopping malls will not be allowed to reopen, however.

Increased social distancing requirements will apply and larger stores will also be allowed to open on an appointment basis to a limited number of customers, contingent on approval from health authorities.

The partial lifting was confirmed in a Ministry of Justice statement on Wednesday and by justice minister Nick Hækkerup, health minister Magnus Heunicke and education minister Pernille Rosenkrantz-Theil at a subsequent briefing.

Three parties: the Social Liberals, Socialist People’s Party and Red Green Alliance back the adjustment to the national restrictions, giving the government a parliamentary majority.

At the briefing, Hækkerup said that “outdoor cultural life and outdoor sports and leisure pursuits” would also be permitted nationally with a 25-person assembly limit in place.

Cultural institutions which are located outside (for example, the Tivoli amusement park in Copenhagen) will be allowed to operate provided that users present a negative Covid-19 test less than 72 hours old.

According to the justice ministry statement, the government will review infection trends before deciding whether to allow schools to reopen in other regions of the country. A second round of reopenings would take effect on March 15th.

“I’m satisfied because the reopening is based on the position taken by experts. There are several elements of uncertainty in the calculations. We’ve presented that openly. Should it turn out that there is room for further opening, we will be ready to discuss this with the other parties,” Heunicke said during the briefing.

READ ALSO: What effect could Denmark’s recommended Covid-19 reopening have on hospitals?