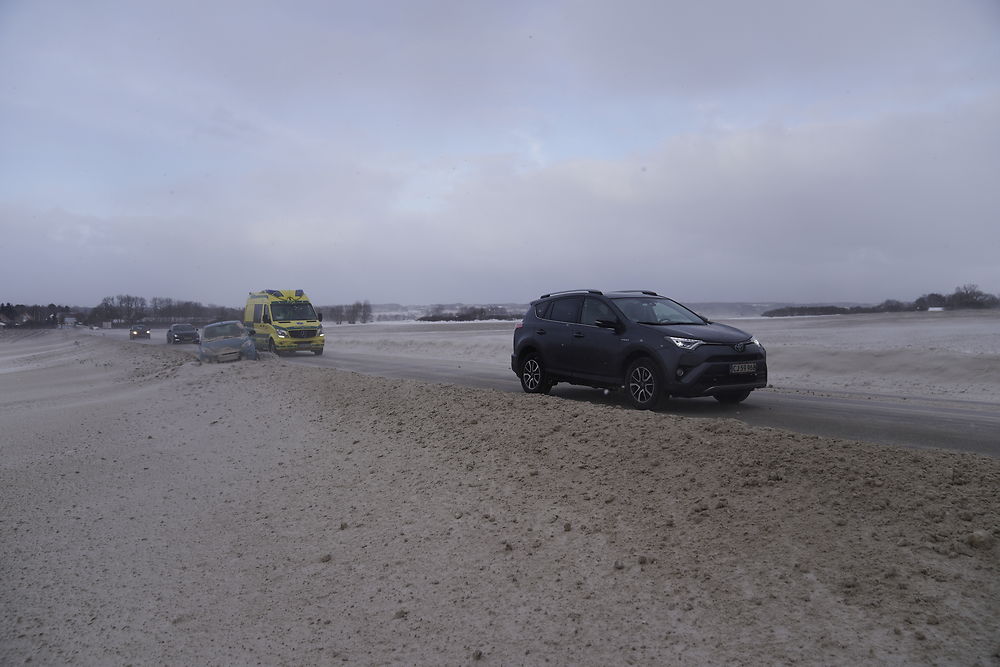 Southern Zealand and Southern Jutland along with islands Funen (Fyn), Bornholm, Møn, Lolland and Falster could see as much as 30 centimetres of snow over the next two days, according to DMI.

The agency has issued a weather warning due to the expected snow. The warning is effective from 3am on Tuesday until 6pm on Wednesday.

During that time, blizzards are forecast, meaning over 10cm of snow falling within 6 hours with winds over 10 metres per second. The actual forecast is 15-30 centimetres of snow with a northeasterly wind up to gale force, fulfilling the criteria. Strong winds mean that snow could move at up to 15 metres per second, resulting in snowdrifts.

A maximum of 30 centimetres of snow could fall throughout the period covered by the warning.

DMI states that the coming weather could result in reduced visibility, road closures due to whiteouts and snowdrifts, and disruptions to public transport.

READ ALSO: When is it legal to walk on frozen lakes in Denmark?