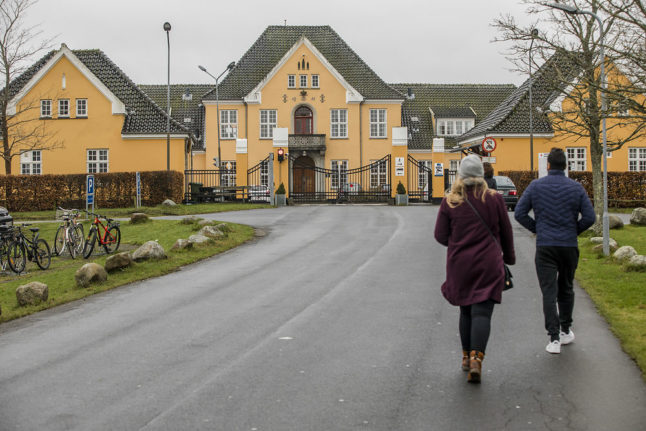 2020 saw a total of 1,547 asylum seekers, according to a statement from the Ministry of Immigration and Integration.

That is less than one tenth of the number recorded in 2015, when 21,316 people applied for asylum in Denmark at the peak of the European migration crisis.

“Last year, we had the lowest number of asylum seekers in living memory. A part of the reason for this is likely to be the coronavirus situation. But I also think we can thank our strict immigration policies,” Social Democratic immigration minister Mattias Tesfaye said in a ministry press statement.

Tesfaye has sought to position himself as being tough on immigration since taking over the role in 2019, in keeping with the platform on which the Social Democrats won that year’s general election.

“Very many of those who come here have no need at all for protection,” he also claimed in the statement.

In 2019, Denmark declared that some asylum seekers from Syria could be sent back to the Damascus province, after an assessment by the Immigration Service which concluded the conditions in the area were no longer dangerous enough for asylum to be granted automatically.

Although some Syrian refugees had their asylum revoked as a result of this assessment, later reporting revealed they were not initially deported because the Danish government did not want to cooperate with the Bashar al-Assad regime in Damascus.

The assertion that the Syrian capital was safe enough to return refugees met with criticism at the time.

“Just having been a refugee can mean you come under Assad’s radar and could be in danger,” Flyvholm added, opposing the government’s position that it was safe to return Syrian refugees.

“Fewer asylum seekers means, all other things being equal, lower spending on processing applications, accommodation and deportation of those whose claims for asylum are rejected. We can spend that money on more welfare at home and on persecuted people in local regions [near to conflict zones, ed.],” he said.

The definitions used to record total asylum seeker numbers go back to 1998, meaning comparable records do not go further back than this, the ministry noted in the press statement. The 2020 figures are still preliminary, it also stated.

The figures do not directly reflect the number of actual asylum seeker arrivals, the ministry said, since they include those who travelled to the country without asylum and those who already have a basis for it, for example due to family reunification.