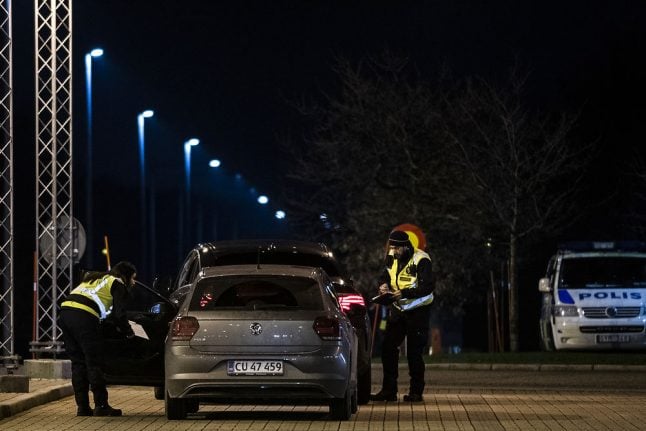 Swedish police speak to the driver of a Danish car at the Öresund Bridge.Photo: Martin Sylvest/Ritzau Scanpix

The ban, which has been in effect since late December will now continue until January 31st, the Swedish government said in a statement. The rules had been scheduled to expire on January 21st.

Some new exemptions have been added to the rules.

“Even during a pandemic, it's very important that children are able to spend time with both their parents. That's why the government has introduced this exemption,” Sweden's interior minister Mikael Damberg said in the statement.

An adult who is accompanying the child on the trip will also be allowed to enter Sweden.

Transport between Sweden and Denmark for health reasons will also be permitted.

Swedish citizens and people who live or work in Sweden are already exempt from the entry bans.

Foreign travellers from the UK to Sweden must present a negative Covid-19 test on arrival in Sweden. This test must have been taken no more than 72 hours before your arrival in Sweden, and it must be a test for an ongoing Covid-19 infection, not an antibody test.