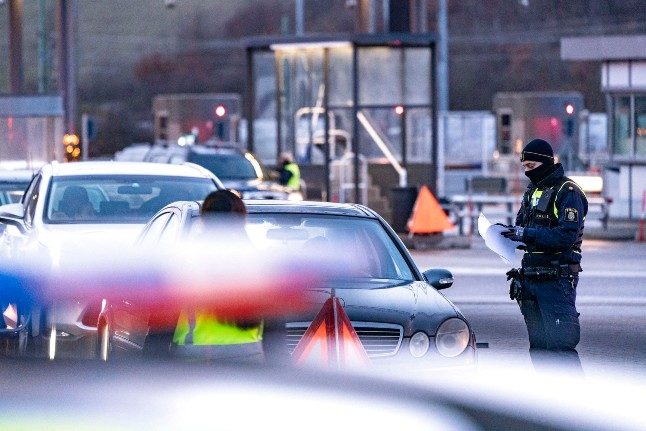 Denmark is to extend its current lockdown, which was due to expire on January 3rd, for two weeks until January 17th, the country's prime minister Mette Frederiksen announced at a press conference on Tuesday evening.

The lockdown was also deepened, with pupils in the first four years of primary school, who were sent home early on December 21st, now returned to distance learning for the first time since the spring. Read our story here.

Swedish police have turned back 2,900 travellers from Denmark

Since Sweden closed its borders for travellers from Denmark on December 22nd, Swedish police have turned back 2,900 travellers at the border, the Ritzau newswire has reported. All cars are expected when they arrive in Sweden at Lernacken, and trains are expected at Hyllie station in Malmö.

Number hospitalised with coronavirus in Denmark hits new record
The number of people currently being treated in hospital for coronavirus hit 900 on Tuesday, the highest number since the start of the pandemic. The number being treated has doubled in just two weeks.
At the same time, the reproduction number, which determines how fast the number of infected people is growing, has increased from 0.9 to 1.2, Denmark's health minister Magnus Heunicke said on Twitter.
Liberal Party calls crisis meeting over leadership split
Denmark's opposition Liberal Party has called an emergency meeting of its executive committee after the party's leader Jakob Ellemann-Jensen said he was minded to back a parliamentary move to send his own deputy Inger Støjberg to the Court of Impeachment of the Realm.
“The party must choose whether it supports him or Støjberg, and it will then also mean that the other party must go,”  said TV2's political editor, Troels Mylenberg.
All care home residents can be vaccinated this month: minister
Denmark's health minister Magnus Heunicke has said that he expected all of those living in elderly care homes who are willing to be vaccinated against coronavirus to have been given protection by the end of January.