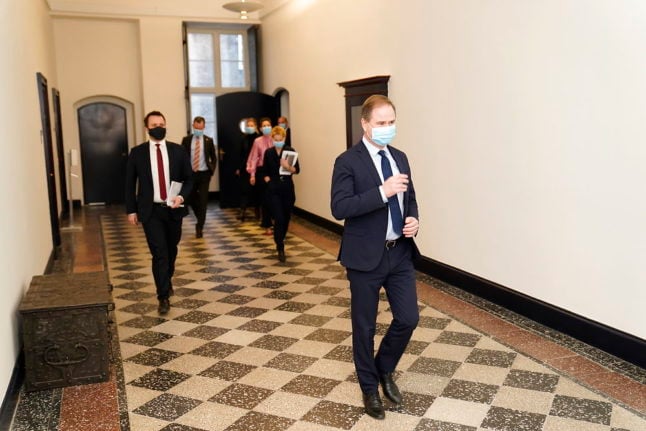 The release of remaining holiday money funds – following the popularity of the original decision to release the fund in September – is part of a broader plan to soften the impact of the coronavirus crisis on the economy.

The decision was announced by finance minister Nicolai Wammen on Wednesday and has also been confirmed in an employment ministry press statement.

News agency Ritzau reports that the average payout for people who are entitled to the full amount through employment in Denmark will reach 9,000 kroner per person.

The first round of the holiday money ‘un-freezing’, which allowed three weeks’ holiday pay to be claimed, saw an average of 13,451 kroner (net) paid into Danish wage earners’ accounts between September and December. Of three million eligible working people, 2.3 million decided to claim the money, Ritzau reports.

What is Danish ‘holiday money' and why is it being paid out?

Due to a 2019 change in the law affecting the way the money is calculated, most people eligible for the holiday money currently have a ‘frozen' amount from a five-week overlapping period of accrual, which was originally not intended to be paid out until leaving the Danish labour market (for example on retirement or leaving the country).

This changed earlier in 2020, when the coronavirus lockdown and its resultant economic impact encouraged parliament to pass provisions for the ‘frozen' holiday money to be paid out early by the state, to stimulate consumer spending.

The first three of the five weeks’ ‘frozen’ money were made available for claim in September, with the government saying a decision about the remaining two weeks would come at a later date.

Those last two weeks will now also be released and the money will be claimable from March, the Ministry of Employment confirmed.

You can read more about who is eligible to claim the money – and how the claims process worked during the first round – in our explainer article from September this year.

Wammen said on Wednesday that the announcement was part of a broader package aimed at protecting 5,000 Danish jobs in 2021.

“This is the first agreement of several which will be presented in the coming days,” the minister said.

A cross-aisle majority of parties, with the Liberal, Conservative and Alternative parties joining the government’s regular left-wing allies, all voted in favour of the plan. It includes spending on areas championed by the conservative parties, such as support for export businesses.