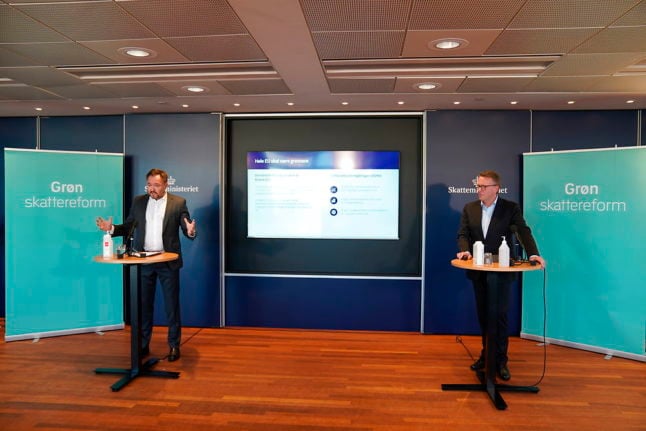 Presenting the proposed changes, tax minister Morten Bødskov said on Monday that the country was not yet ready to put a CO2 emissions tax into practice.

“This has the simple explanation that no one has any idea how you, for example, CO2-tax Danish agriculture and other business and industry sectors,” Bødskov said.

“We have agreed with parliament to look further into this. What we are presenting now is what we can do here and now,” he added.

The ‘green tax reform’ presented on Monday by Bødskov and climate minister Dan Jørgensen is split into three phases, with only the first phase detailed so far.

The overall target of Denmark’s climate policies is to reduce the countries CO2 emissions by 70 percent in 2030, compared to 1990 levels.

Businesses will pay higher taxes according to the new green plan, even without a CO2 emissions provision. However, the plan also provides funding for businesses to invest in greener operations. 4.5 billion kroner has been set aside for this, from 2021 to 2025. Taxes will increase by 715 million kroner in the same period.

An increase in energy tax will reduce CO2 emissions by 0.5 million tonnes in 2025, according to the proposal.

A further reduction of 16 million tonnes is needed to reach the 70 percent target by 2030.

The government’s parliamentary allies have criticised the plan and said it lacks ambition, while the non-partisan Danish Council on Climate Change has previously recommended a CO2 tax.

“Others have other points of view. They will have to put them forward in the negotiations [over a final bill to be passed by parliament, ed.] and will then have to point out how they think we can reach the targets,” Bødskov said.