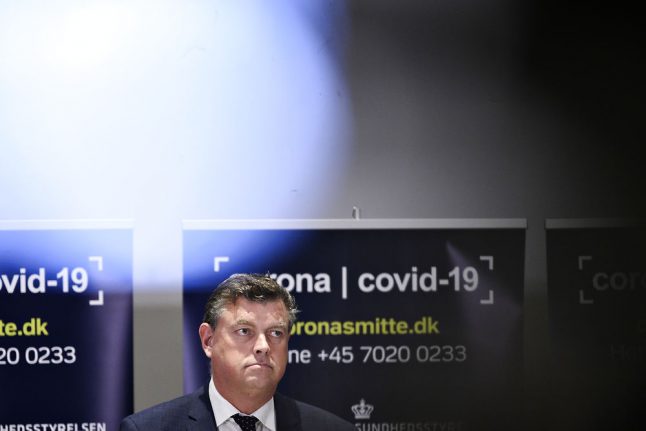 Food and environment minister Mogens Jensen is at the centre of criticism over the government's handling of a coronavirus outbreak in minks. Photo: Philip Davali/Ritzau Scanpix

Government in trouble over mink culling

The decision to cull fur farm mink in Denmark is becoming increasingly damaging for the government.

Millions of mink are being culled after a potentially vaccine-resistant variant of coronavirus was detected at some farms, particularly in North Jutland – which is now also under tight restrictions in order to control a potential outbreak of the mutated virus.

But after it emerged that the government had acted without legal basis in ordering some of the healthy minks destroyed, opposition parties are now calling for food and environment minister Mogens Jensen to step down.

Jensen is defiant so far, telling broadcaster DR it is “not up to me to take the consequences” of the matter, while Prime Minister Mette Frederiksen apologised yesterday for the matter, which is now being described as a scandal.

Criticism over handling of the infected (and non-infected) minks could get worse yet for the government. Broadsheet Information reports this morning that, after national infectious disease agency SSI released details of its tests on the mutated virus, a professor of infectious disease at Rigshospitalet in Copenhagen said he could “not see in the preliminary results that there appears to be signs a vaccine doesn’t work”.

The “last minks” in Thisted municipality – one of the seven local regions under tightened restrictions – have now been culled, according to a police statement. But the Veterinary and Food Administration (Fødevarestyrelsen) tweeted that infections had been detected at eight additional mink farms including the first confirmed infections in two mink populations in Central Jutland municipality Billund.

In the south of Jutland, a stretch of road was closed for several hours after a “technical problem” on a truck resulted in culled mink being spilled onto the road. The road, between Nordenskov and Tistrup, has now been cleaned.

Police stressed that the spilled mink from the truck were not infected with coronavirus, but healthy mink that had been culled.

Ex-tax ministers to be questioned in enquiry

Three former tax ministers from the Liberal (Venstre) party, currently in opposition, are to be questioned by a commission set down to enquire alleged failure to prevent business tax fraud at tax authority Skat from 2010 onwards.

Kristian Jensen, Troels Lund Poulsen and Peter Christensen will be questioned at the court in Frederiksberg.

Technical outage was cause of rejected card payments

If you tried to make a payment with your Danish bank card sometime yesterday evening, only to see it rejected, you needn’t worry unduly about your account.

Card payments operator Nets said last night that an error in its system had prevented some payments in shops and online from going through. The issue affected payments in both Denmark and Norway.