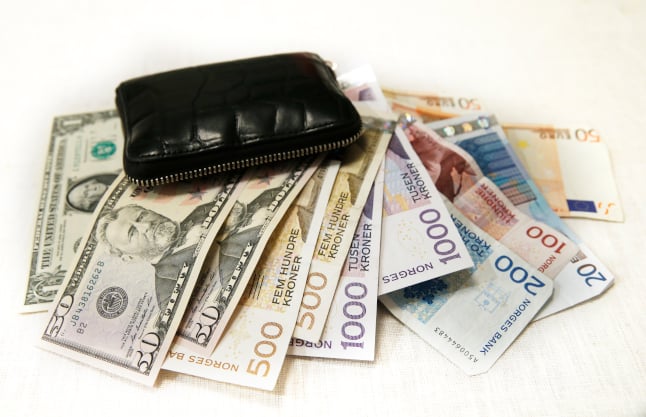 The effects of Nordic state aid seem to have paid off more than elsewhere. Photo: Lise Åserud/NTB scanpix/TT

Without the government's help, Markus Larsson insists, “we would have had to lay off maybe 20 more people.”

At the head of a chain of bakeries in Linköping, southern Sweden, the small-business owner has the state to thank for helping keep his business afloat.

Larsson benefitted from state-sponsored reductions for his business's rent and social benefits charges, and was able to reduce his staff's working hours while the government topped up their salaries.

Those measures made it possible for him to limit lay-offs to around 20, out of a staff of 100.

Sweden has made headlines around the world for its softer approach to the new coronavirus, refusing to lockdown and keeping schools, restaurants and most businesses open throughout the pandemic.

On September 3rd it had the world's ninth-highest death toll (total from the start of the outbreak) relative to its population, at 576.28 per million according to Our World in Data.

In mid-March, the government was quick to announce economic aid worth up to 28 billion euros ($33 billion) to help businesses. In Sweden – as in neighbouring Denmark, Finland, Norway and Iceland – “policy response to combat the economic impact of the pandemic has been prompt, large, and well-designed,” Robert Bergqvist, analyst at SEB bank, told AFP.

Denmark, Finland, Norway and Iceland all adopted stricter confinement measures than Sweden, including shutting schools, but shops and businesses largely stayed open there as well.

In Finland, “we were able to get the virus under control relatively quickly with a relatively modest lockdown. We never had to close down the whole economy, or all the stores or factories,” said Danske Bank economist Jukka
Appelqvist.

Like elsewhere, the Nordic countries introduced state aid, compensated employees whose hours were reduced, and agreed to postpone tax payments, but the effects seem to have paid off more in the Nordics than elsewhere.

The economies of Norway, Finland, Sweden and Denmark all registered “historic” contractions in the second quarter, their economies shrinking year-on-year by between 6.3 and 8.2 percent.

By comparison, the eurozone – of which only Finland is a member – saw overall gross domestic product reduced by 15 percent, according to Eurostat, weighed down by particularly sharp falls in France, Italy and Spain.

Why the big difference?

The Nordics enjoy longstanding and robust welfare states, solid public finances, strong online cultures facilitating working from home, and a large public sector, all of which helped limit the damage, according to economists.

With safety nets firmly in place before the crisis and relative job security, households remained confident and continued to spend.

“People in the Nordic countries never got the feeling that they might end up in a catastrophic financial situation,” says Kjersti Haugland, chief economist at DNB Markets. “Fear never got the better of them.”

Norwegians, for example, took advantage of the time freed up by furloughs and semi-confinement to renovate their homes and stay in shape: at the peak of the pandemic, sales of construction materials and bicycles, hiking and sporting gear soared. Meanwhile one of Europe's sectors hardest hit by the crisis, tourism, is only of modest importance in the Nordics.

Its economy shrank by 9.3 percent in the second quarter.

“Few countries are as dependent on tourism as Iceland is,” noted Erna Bjorg Sverrisdottir, chief economist at Arion Banki.

The slump in tourism, which accounted for eight percent of Iceland's economy in 2019, is expected to leave its mark: Statistics Iceland predicted the country's GDP would shrink by 8.4 percent this year.

That is a much deeper contraction than in the rest of the region, where economists questioned by AFP have forecast declines ranging from -3.5 percent to -5 percent – less than half of the drop expected in the eurozone.

Article written by By Hélène Dauschy with AFP Scandinavian bureaus, edited by The Local