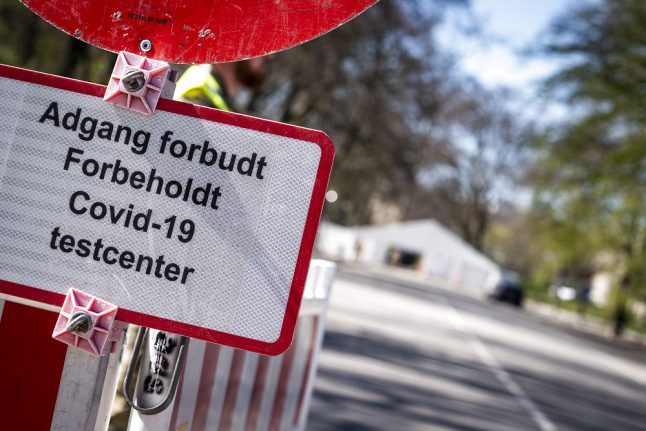 I was tested for Covid-19 today. I have no symptoms, but my girlfriend had a slight temperature a couple of days ago and felt low on energy.

I logged on to Denmark’s test booking platform, coronaprover.dk, and booked a test in Skanderborg, a town in central Jutland close to where we’re temporarily staying (it’s just us and our infant daughter, and we’ve had no contact with others since the brief symptoms).

When my partner logged on to book her test and checked the box to say she had mild symptoms, she was advised to contact her doctor (who is in Copenhagen) in order to be able to reserve a slot.

Once she had done that, she logged back on to the portal which allowed her to book her test – in Horsens, another town a good 30-minute drive from Skanderborg.

This is because, up to now, all Danish Regions have separated their test locations for people with and without coronavirus symptoms.

The Sjælland region this week said it was planning to simplify access to coronavirus testing by allowing residents to be tested at the same locations, regardless of whether or not they have symptoms of Covid-19.

Temporary test centres – often in the form of white tents – are open for asymptomatic people to get a test without prior appointment.

Both symptomatic and asymptomatic people can also reserve a test by logging on to the coronaprover.dk platform and booking a slot.

The platform requires users to state whether they have symptoms. Those who answer ‘yes’ must then contact their own doctor by telephone in order for a test slot to be opened at a location and time designated for people who are displaying symptoms.

The change announced by Region Sjælland will take effect in September 7th.

Additionally, people with mild symptoms will not be required to contact their own doctor prior to getting tested, the Region said.

People with mild or no symptoms will be able to reserve a test on coronaprover.dk without contacting their doctor.

“Members of the public with symptoms should call their own doctor or the on-call doctor as they would normally do when unwell,” Region Sjælland stated in a press message.

“From there, the doctor will assess whether a referral for a corona test is needed,” it continued.

Two other Regions – Central Jutland and South Denmark – have also said they will begin testing symptomatic and asymptomatic people at the same place.

The change will primarily help families in which one member has mild symptoms but others don’t, but all want to be tested due to close contact.

“Members of the public shouldn’t have to run relay races to get tested for coronavirus. It should be easier, so that one family member doesn’t have to drive to a town to the north while the rest of the family travel south to get tested,” Region Sjælland’s chairperson Heino Knudsen, an elected official from the Social Democrats, said in a statement.

“The same applies with mild symptoms. There’s no reason for people to go through their own doctors, who put simply, just automatically give them a test,” Knudsen added.

Five test centres in the Zealand region will offer tests to both symptomatic and asymptomatic people, as of September 7th. These are located at Holbæk, Slagelse, Nykøbing Falster, Næstved and Roskilde.

Other centres will continue to be dedicated to asymptomatic people and people with doctors’ referrals respectively.