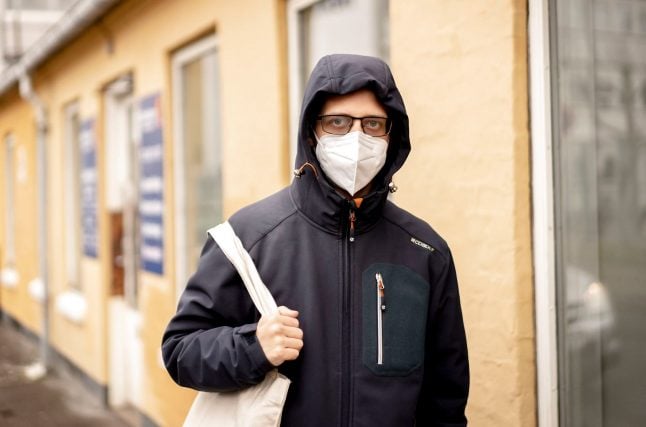 A man wears a mask in Nørrebro, Copenhagen, in the early days of the pandemic. Photo: Oscar Scott Carl/Ritzau Scanpix
Natalie and her daughter were wearing masks from the moment she arrived in Copenhagen in May to start a job with a major bank, and was forced to move to a calmer part of the city to avoid the reactions.
“We got aggressive reactions, from angry shouts to being coughed at,” she complains. “My youngest daughter had bad meltdowns because of this. It was a horrible month living in that area.”
Natalie, who is from an Asian country, is far from alone, with Asians in Copenhagen in particular telling The Local that they have faced harassment for wearing masks.
“I passing by three workers who were standing on the corner of the street, one of them on purposely coughing on my face, and spread his saliva on me,” says Vivian, from Hong Kong.  “On other occasions, people look at me like I am a monster.”
In Denmark, people are currently only advised to wear face masks at airports, due to the recommendations of the European Aviation Safety Agency. Elsewhere in the country, the health agencies, like their counterparts in Sweden and Norway, have continued to advise against wearing them, arguing that the costs, inconvenience and risks outweigh the questionable benefits.
Meanwhile, some Danes are arguing that the ban on face covering — the so-called burka ban brought in back in 2018 — makes mask-wearing illegal.
READ ALSO:
“In a supermarket I was told by an employee that there is a law that forbids me to cover my face, on the middle of the pandemic! In May!” says Eliana from Venezuela, who although young  is in a coronavirus risk group. “It feels bad people that people get angry at you, so I avoid places now!” Alice, from Thailand, complains that she is the only person wearing a mask on the Copenhagen Metro. Photo: private
Many foreigners have decided to stop wearing masks after facing abuse.
Julie, an American of Asian descent, was confronted my two men in a park.  “I used a neck gaiter to cover my nose and mouth while exercising outdoors, and two men who walked by me purposefully coughed in my face,” she remembers.
“I no longer wear a facial covering these days because I'm still haunted by those two rude men and also because I am of Asian descent, and I feel that wearing a facial covering would perpetuate anti-Asian sentiments, due to the virus originating in China.”
Dana, from Romania, also stopped wearing as mask after facing what she calls “a kind of peer pressure”.
“People were looking weird at me, really trying to avoid me and keeping great distance. It was funny sometimes to see their reactions, how they looked scared of me, but kept away, so that was a good thing!”
Ellyne, from Malaysia, said she has noticed that people in Denmark are less tolerant than those in The Netherlands, where she was living at the start of the pandemic.
“Folks in The Netherlands didn’t care, except a little kid who asked his parents why I have a colourful mask and he didn’t,” she says.  “However, in Denmark, people tend to look at me very weirdly and edge away from me when I’m standing around them; whilst getting closer to others standing next to them.”
When The Local asked for people's experiences of wearing masks, those with a European appearance largely reported facing far fewer problems than those with an Asian appearance, leading Nathalie to argue that the reaction she had received was racist.
“It's not hard [to come to that conclusion] when they aren't abusive to white looking people as much as they are to Asian-looking ones,” she says. 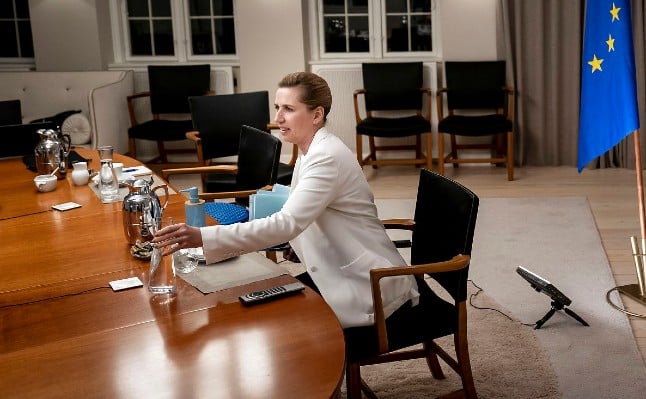 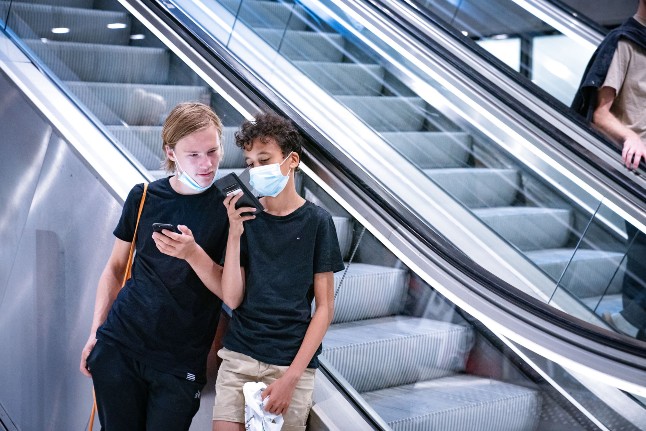