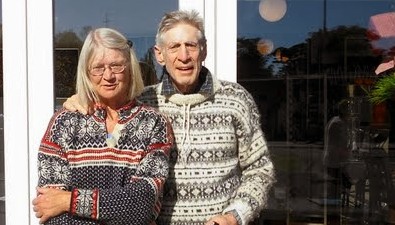 Bente Strand (77) and her American sweetheart Matthew Gruskin (78). Photo: Private
As part of its new EU travel regime announced on Thursday, the government said that it was also extending the list of those from outside the EU who could come to Denmark.
“This extension will include boyfriends and girlfriends, grandparents and grandchildren,” the press release reads. “However, there will be a requirement to show negative test result received at most 72 hours before entry.”
The change comes after Andreas Steenberg, a member of parliament for the Social Liberal party raised the issue at parliamentary question time on Wednesday.
“It's lovely when you managed to get something through,” Steenberg said on Facebook after the change was announced. “Love knows no borders and now the border is opened :)”
Denmark's foreign minister Jeppe Kofod tweeted his wish that those who had been separated had “happy, safe reunions”.