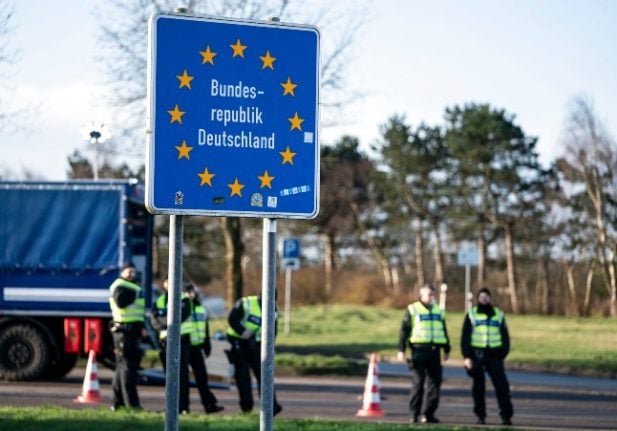 The German border on March 16 as controls were put in place. Photo: Claus Fisker/Ritzau Scanpix
“The pandemic entry restrictions have been lifted. Without them, of course, there is no need to prove a valid reason for entry,” Torsten Tamm, a press spokesperson for the police in Germany's Schleswig-Holstein region, told Danish state broadcaster DR.
“If a Danish citizen comes to the Danish-German border, they will not be turned away,” he told Ritzau.
READ ALSO:
Up until Friday, it had been expected that checks on the Germany border would first end on midnight June 16th, but German police appear to have decided to move ahead faster, perhaps to reduce the the risk of border queues.
Denmark is set to relax its border controls for German citizens on Monday June 15th, allowing anyone with a holiday booking to cross over into the country.