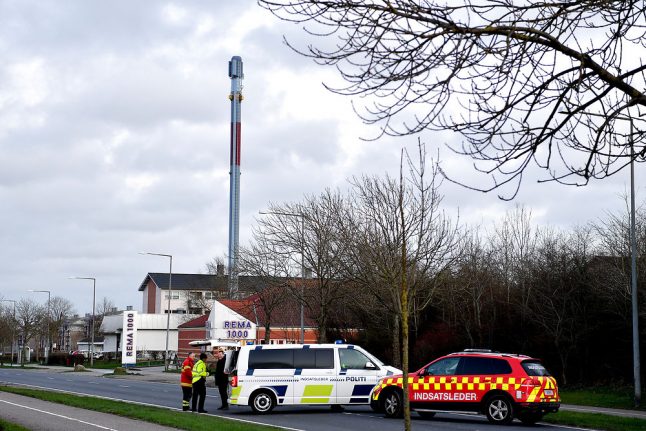 The 40-metre-high chimney, which is part of a district heating plant, was built on a concrete foundation and was found to be a risk following assessment by a construction specialist, according to South Jutland Police.

“It is expected that work will begin around midnight. A large crane will be used to simply lift the chimney and put it down,” police duty officer Ivan Gohr Jensen told DR on Monday.

The heating plant called in expert evaluation after a passer-by observed the chimney swaying in the wind, the facility’s director Erik Wolff told DR.

“During the heavy winds over the weekend, a person from Sønderborg observed that the chimney was swaying more than usual. And he could also see water swirling around the foundation,” Wolff told the broadcaster.

The observant individual subsequently contacted authorities as he was concerned about a safety risk.

“We sent a team out to take a look and had to agree with those concerns,” Wolff said.

South Jutland Police tweeted that in the early hours of Tuesday to confirm that the area had been secured and residents could return to their homes.

READ ALSO: Weather: These are the areas of Denmark at risk of flooding