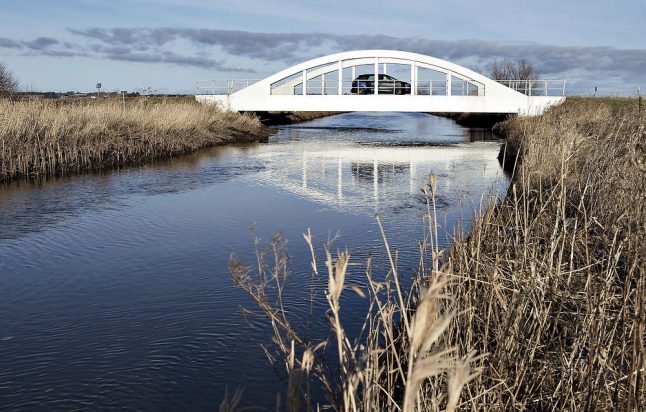 As official statistics show, many foreign nationals live in rural municipalities and smaller towns in Jutland.

We asked you how that experience differs from other parts of the country and received some in-depth and interesting responses – thank you to all those who got back to us.

‘The sky is immense here’

Many cited Jutland’s nature as the best thing about living there, while noting that there’s also easy access to cities.

Living in Aalborg is “close to city, close to the countryside, close to the sea,” wrote Mário Alex Silva, who moved to North Jutland from Portugal in 2016.

“The sky and long bright summer days. Which in contrast make the short days the worst part. But again, you can always concentrate on the long days that will come. The sky feels pretty close to you and the movement of the clouds combined with the sunshine make it really special,” another reader from Aalborg wrote.

“Living surrounded by magnificent landscapes. I love the fjords, the forests. The sky is immense here,” wrote Marie-France Calle-Adolphsen, a French retired journalist who moved to Sønderborg in 2018.

“One may find the decision to retire in Sønderborg a bit strange. It’s neither the cheapest nor the warmest place for retirement! However, my husband hailed from Sønderborg and I felt the desire to know more about South Jutland,” she wrote.

Others mentioned security as being a big plus about living in the Danish countryside, as well as the convenience and manageable size of cities.

“Being able to walk anywhere we needed in Viborg” was one of the best things about Jutland life for George Campbell.

Campbell lived in Jutland while stationed at Karup with the United States Air Force from 1980-1988 and wrote that he regretted he and his family “did not stay longer and apply for citizenship after retiring from the military”.

He further listed “easy access to the city bus at our doorstep”, “friendly and caring people and families of this beautiful historic city [Viborg, ed.]” and “being able to drive the length and breadth of Jutland” as great aspects of life in the area.

“Throughout the year always a changing season and friends and families that welcomed our small family,” he added.

‘To live here, one must love the nature’

Asked to name the worst thing about life in Jutland, many noted aspects more general to Denmark or even Scandinavia.

Dark days in the winter can leave you feeling “awful and tired” a reader from Aalborg wrote.

A “lack of options in terms of cultural diversity” is also a drawback compared to living in Copenhagen, Silva said.

“I have never lived in Copenhagen. But being here means to be close to the rest of Europe. It’s a nice feeling. It’s important for me,” Calle-Adolphsen wrote.

A number of ways were suggested to make the most of Jutland’s nature and culture.

“Live in the city and enjoy the social events, arts, and holidays that abound,” Campbell wrote.

“Klitmøller has amazing nature and energy. Camping there is a great experience,” another reader suggested.

Calle-Adolphsen echoed those sentiments, writing that “to live here, one must love the nature”.

Another reader suggested a dose of Danish humility is a great way to thrive after moving to Jutland.

“Be open minded, Danes in general are very nice and fun, easy going, don't act like you are the king of the world” was the advice from Silva.

Do you agree with the sentiments about life in Jutland expressed by our readers? Is there anything you’d like to add? We’re always happy to hear from you.

READ ALSO: Foreigners say they struggle to settle in Denmark and Norway but there is an upside