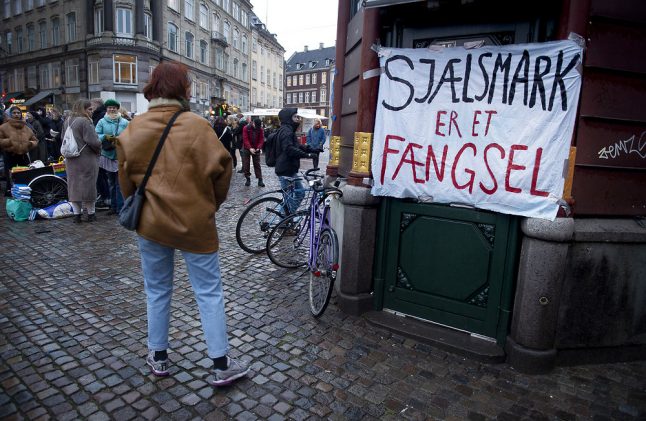 Families with children are to be relocated from a controversial Danish ‘departure centre’ for rejected asylum seekers once new accommodation is found.

Sjælsmark, a so-called departure or expulsion centre for refugees whose asylum claims have been rejected, has long faced criticism from NGOs, with the Danish Red Cross warning it could damage children's mental well-being.

Politicians on the left have called for families to be allowed to live elsewhere while awaiting deportation.

The government and parliamentary allies the Red Green Alliance, Socialist People’s Party (SF) and Social Liberals agreed on Wednesday night to provide for this.

The parties agreed in principle in June to allow refugees families to live in other accommodation than Sjælsmark. That agreement came as part of the ‘letter of agreement’ (forståelsespapir) upon which the basis of the support for the new government was agreed following the general election.

But a formal decision on the matter, including timing for moving families out of the camp, was not forthcoming until Wednesday’s announcement.

Families who want to remain at Sjælsmark for the rest of the school year will be allowed to do so, but all will be moved out before the end of July, the agreement states.

New accommodation for the families is yet to be identified, but Wednesday’s agreement commits the government to presenting a specific location no later than December.

SF immigration spokesperson Carl Valentin said he was satisfied with the timescale.

“It would be fantastic if they could move tomorrow. But finding a new place, getting it ready and making these moves is complicated,” Valentin said.

“We have been pushing for this to happen as soon as possible. Now we have succeeded in getting (families) out (of Sjælsmark) by April, and I think that is ok,” he added.

“We are not in favour of keeping families with children at Sjælsmark. So as soon as there is an opportunity for people to move, they will be given the chance,” Tesfaye said.

The agreement also provides for conditions for children living at the new accommodation which meet the Red Cross recommendations, according to Valentin.

This includes more a more flexible food arrangement allowing families to cook and eat in their own homes; and – unlike Sjælsmark – not enclosing the facility behind a fence.

Sjælsmark is operated by the Danish Prison Service (Kriminalforsorgen), but a different authority will be responsible for the new family facility.

Selection of the new operator will favour “professional staff who… have experience working with children in vulnerable situations,” the agreement states.

A total of around 220 people will leave Sjælsmark under the new agreement, of which around half are children, Politiken reports.