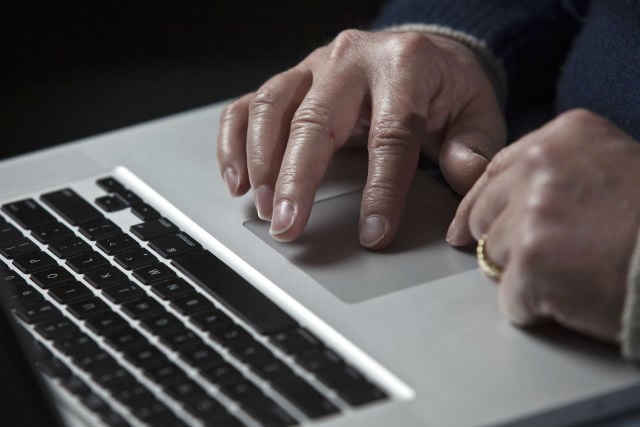 A man on a computer. Photo: John Adkisson/Reuters/Ritzau Scanpix
Police have arrested a 24-year-old man from Aalborg, charging him with defamation and for passing on the images, but they said that they still did not know the identity of the person or persons who initially created the catalogue.
“We take cases concerning the sharing of intimate material very seriously,” deputy police inspector Frank Olsen said in a statement released on Thursday. “It is deeply abusive to citizens to share intimate pictures.”
According to police, the directory lists the 720 young women by name in alphabetical order, together with screenshots taken from their Facebook profiles, and descriptions of the encrypted material.
“The police's IT-supported investigation of this material revealed that the catalog was created by an unknown perpetrator, and the police had failed to gain access to the contents of the catalog beyond the table of contents,” the press release read.
READ ALSO:
Police said they suspected the perpetrator had obtained the images by hacking into victims' phone and computers as well as by illegal sharing.
The 24-year-old, who was arrested on May 7th last year, has admitted guilt and has been released pending trial.
Olsen said his team were currently talking to the victims to see how many of them wanted to pursue the case.
“When we have an overall view of how many of the women want a lawyer to help them, we will send the request to the Aalborg District Court, after which the case will be handed over to the prosecutor's office for legal evaluation,” he said.
The activist group Pulterkammerets Aktivister, which supports victims of online image sharing and bullying, on Monday posted a message on its Facebook page encouraging affected women to get in touch.
“Some of the people who have unfortunately ended up in this folder have created a support group. If you've also received a message in your inbox informing you that you are in the folder and if you want to join this support group, please send us a message and we will direct you further.”