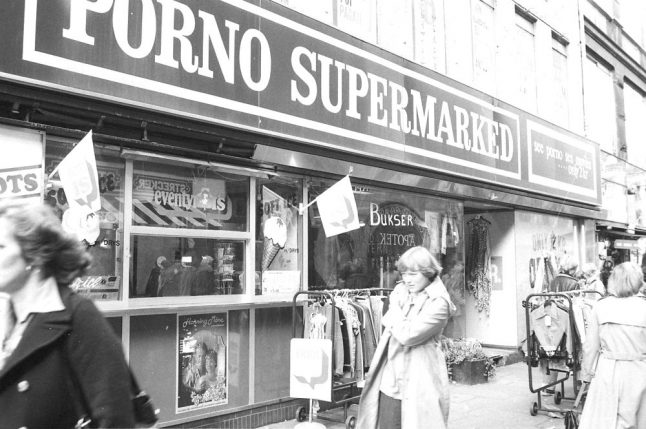 Conservative Minister of Justice Knud Thestrup stated at the time that he hoped legalization of pornography would reduce interest in it amongst the general public.

The decision paved the way for distributors to make a fortune from the country’s 1970s ‘sexual revolution’.

“It wasn’t that there hadn’t been any production before, but now producers could really let loose,” Nordstrøm wrote.

The government’s decision to make pornography legal, although taken by a conservative minister, came during a time when the hippie movement and concept of free love was at its height in Denmark and elsewhere.

One entrepreneur, Barny Nygaard, now 77, became one of Denmark’s biggest money-makers within the industry. Nygaard’s company was founded in the early 1980s and had a turnover of close to 15 million kroner annually during its most successful years, news agency Ritzau writes.

The advent of VHS tapes enabled Nygaard to distribute the films at the new video rental stores being opened across the country during the period.

Demand was also high at pornographic cinemas in Copenhagen’s Vesterbro neighbourhood – then a tough area which Nygaard was nervous about visiting, he said.

“I must admit I looked over my shoulder a little,” he added.

Nygaard’s company BN Agentur continued to profit until around ten years ago.

“That’s when it stopped – from one day to the next. Turnover fell to around one million kroner per year. So we didn’t want to continue. Today we are a small postal order firm that just about breaks even,” he said.