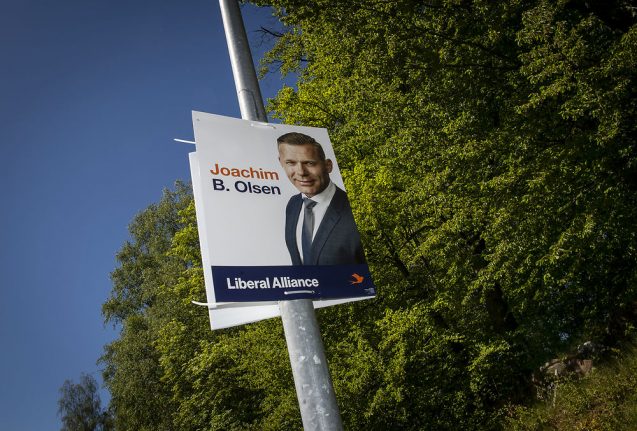 The ad, which reads “Når du er færdig med at gokke, så stem på Jokke”, rhymes the word with a diminutive of Olsen’s first name, while encouraging users of the adult site to use their vote. The text is placed next to a picture of Olsen and his party's name and logo.

Olsen, an MP with Liberal Alliance, a junior coalition partner in the current government, confirmed to both Ritzau and Politiken that the ad was genuine.

“I think this is a very funny ad and I hope people will have a good laugh. This general election seems like it could do with a laugh,” Olsen said.

“(Adult websites) are a place where many Danes go, whether you like it or not. So I thought they’d laugh when they saw an ad like this,” he said.

Like with other ads, Olsen’s election slogan can be targeted to be seen by people who click on specific categories.

“We have placed ourselves at the soft end. We have tried to reach the area where most Danes are,” Olsen told Ritzau.

The libertarian politician was keen to point out that only a small amount of his campaign budget had been spent on the ads, but that he believed it was money well spent.

“I am convinced that a very, very broad cross-section of Danes look at these sites,” he said.

“But I do think there should be a bit of fun and games in an election,” he added.

Olsen said he had considered a potential negative affect of advertising on the site but that he and his staff both believed it to be a good way to reach voters.

“You can hardly do anything today without offending or upsetting someone, but I’m fine with that, and I’m sure most people will think this is funny,” he said.

A fake election ad, which falsely claims to have been placed by the Alternative party, can be found on the same website.