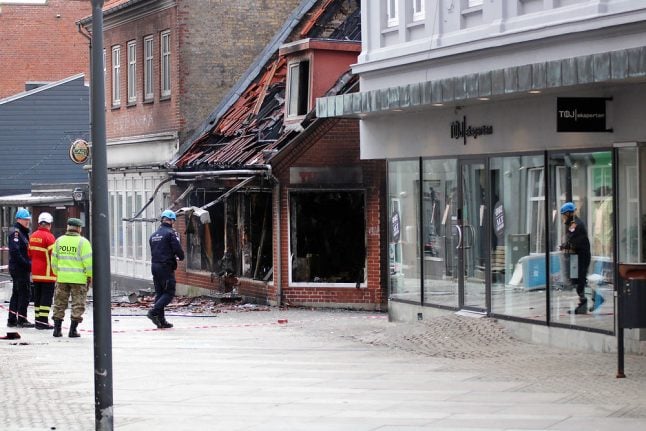 The incident occurred in the early hours of Thursday.

“We received a report at 00:42 that there had been an explosion and a fire,” senior duty officer Henrik Nielsen of Central and West Jutland Police said.

The store, Thy Slik, is located in the centre of the North Jutland town. Its fittings were thrown on to the street by the explosion, Nielsen said.

Tabloid newspaper Ekstra Bladet reported that a power explosion caused all of the windows to shatter, and that the roof was also badly damaged. Glass, bricks and a freezer were left lying on the street.

Nielsen confirmed on Thursday morning that the fire had been extinguished. Police later sealed off the areas so that the building could be secured against potential collapse.

Fire service experts were examining the scene to determine the cause of the explosion, Nielsen said.

A gas leak may have been the cause of the incident, according to police.

Ritzau was unable to reach the owner of the store for comment.