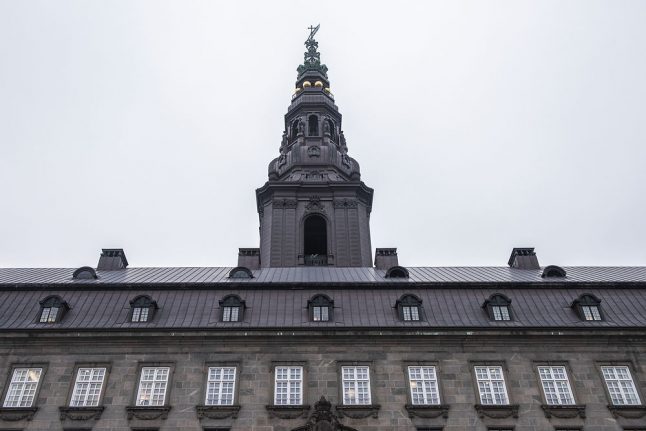 The party, Stram Kurs – which translates to ‘Hard Line’ in English – is led by Rasmus Paludan, an Islamophobic agitator who has a criminal conviction under anti-racism laws, currently under appeal.

Paludan recently came to prominence through his attempts to hold anti-Islam demonstrations in areas with sizeable minority ethnic communities. Previous demonstrations have featured burning and desecration of the Quran.

A number of such demonstrations in and around Copenhagen this month were cut short by police and Paludan was denied permission to hold others after angry counter-demonstrators reacted violently, including by burning cars and waste containers and throwing cobblestones.

Police cited a “risk to public peace” in its decision to block the demonstrations after a hand grenade was found at the Blågårds Plads square in Copenhagen’s ethnically diverse Nørrebro neighbourhood.

Commenters have noted that, while many may disagree with Paludan’s views, Denmark’s constitutional principles on freedom of speech and public assembly give him the right to express them, and violent and threatening public behaviour should not be allowed to influence this.

READ ALSO: Why Denmark's commitment to free speech is not a free pass for Quran burning

But after Paludan’s party met the threshold for qualifying to contest elections – 20,000 letters of declaration from voters (vælgererklæringer in Danish) – concern over the dissemination of its virulent views has been expressed by Uffe Elbæk, political leader of the environmentalist Alternative party.

Elbæk has written to Prime Minister Lars Løkke Rasmussen and the leaders of the other parties in the Danish parliament over the issue.

In the letter, Elbæk called for the PM to summon a meeting to discuss what he called “the new political situation”.

“For me, this is the first time we are seeing a radical right-wing party on the ballot papers,” Elbæk told Ritzau.

“This is in all senses a party – directly put – with fascist tendencies. I think that is a new political situation,” he added.

Paludan’s party wants to forbid Islam in Denmark and to deport from the country “all non-Western people who have been granted asylum, and who are not an original citizen of one of Denmark’s neighbouring countries”, Ritzau writes.

Elbæk stressed his support for free speech, but said the current situation presented “many democratic and ethical dilemmas”.

“It is far from certain we [the established parties, ed.] will agree. But I think we should assess the situation,” he said.

The Red-Green Alliance (Enhedslisten), a left-wing opposition party, said it had received the letter and would attend any meeting on the matter.

The Danish People’s Party, a right-wing anti-immigration party which is currently the second-largest in parliament, is also prepared to attend, its deputy leader Søren Espersen said.

But any party with democratically elected representatives is entitled to be present in parliament, Espersen added.

“If Stram Kurs gets into parliament, it’s the will of the people for them to be in parliament. We can’t start dividing up into worthy and less worthy,” he said.

The Conservative and Liberal (Venstre) parties did not respond to comment requests from Ritzau, while the Social Democrats did not wish to comment on Elbæk’s letter.

The Ministry for Economic Affairs and the Interior must approve the voter declarations to rubber-stamp Stram Kurs’ presence on ballots for the coming general election, which must take place no later than June 17th.