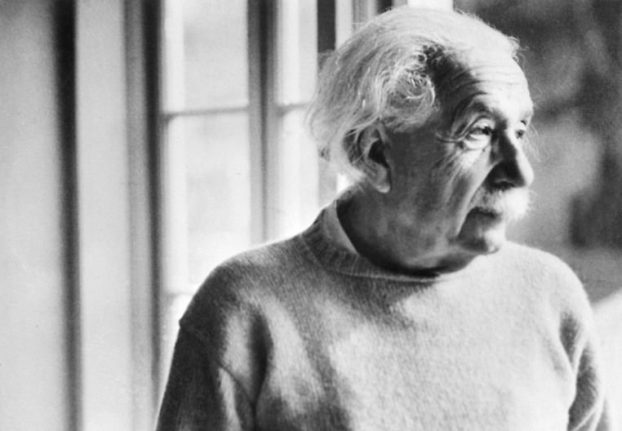 A series of letters exchanged between the society and physicist Albert Einstein nearly hundred years ago has been uncovered, chairperson Majken Brahe Ellegaard Christensen said.

Christensen said she was in awe at the discovery and was proud that the Danish society had communicated with Einstein, who is considered one of the most prominent scientific minds of the 20th century.

“The first thing I thought was that this was a huge discovery. And it’s hugely valuable to find hand-written letters from the one and only Albert Einstein,” she said.

Einstein, a German physicist and mathematician whose accomplishments include his theory of relativity, received the Nobel Prize in Physics in 1921.

Although the letters do not reveal anything groundbreaking, they are still of great value, Christensen said.

“This reminds us that a great man like Einstein, who received the Nobel Prize in Physics the following year, prioritised coming to Copenhagen to tell Danes about the theory of relativity,” she said.

The society chairperson described the letters as yellowed and written in slanted handwriting, and the society described Einstein's writing style as “extremely polite”.

Finding handwritten letters from one of the most famous figures in the history of scientific discovery is a boon for the Danish Astronomical Society, its chairperson said.

“It reminds us about the heritage we have, what the society stands for and what we must live up to today,” she said.

It was the society’s then-chairperson Elis Strømgren who in 1920 invited Einstein to give a lecture in Copenhagen on general relativity.

“They write back and forth about the planning of the visit, where Einstein is to stay, and when he will arrive,” Christensen said.

The organisation will now look into whether the letters can be digitised, enabling anyone to see and read them, and published photos of some of the pages on its website.

Their further preservation will also be taken into consideration.