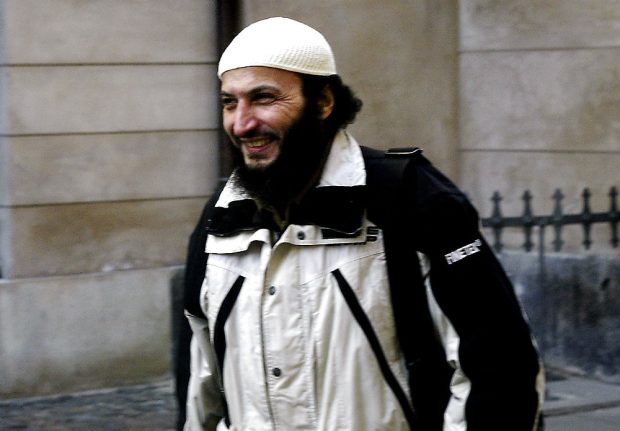 Mansour, who is known in Danish media as the “Bookseller from Brønshøj” in reference to the district of Copenhagen with which he is associated, was recently deported to Morocco after twice being convicted in Denmark of inciting terror.

The decision has now been upheld by the ECHR.

“This appears to be a thorough, well-considered decision, which we take into account,” Mansour’s defence lawyer Michael Juul Eriksen told news agency Ritzau via written message.

Mansour’s appeal was based on three elements of the European Convention on Human Rights which he believed the decision did not fulfil, primarily article 3, which states that “(n)o one shall be subjected to torture or to inhuman or degrading treatment or punishment”.

The Moroccan claimed that he was in danger in the north African country, having criticised its king and government.

But the ECHR did not agree with that claim, and did not consider that Mansour would be treated in breach of article 3, should he be arrested and placed on trial in Morocco.

“The court finds, based on international material, that the human rights situation in Morocco has generally improved over several years, and that authorities are working to comply with international human rights,” the court wrote in its verdict, according to Ritzau’s report.

The European court also referred to an assessment made by Denmark’s Refugee Appeals Board (Flygtningenævnet) on March 3rd, 2018, which found that Mansour was not in danger in Morocco.

But the court did recognise that torture does still take place in the north African country, and is conducted by both police and security services.

According to the court, persons particularly suspected of terror or for threatening state security are those subjected to torture.

Mansour was placed under arrest and detained upon his arrival in Morocco. The exact nature of charges against him is unknown.

Morocco’s ambassador in Denmark has previously stated that Mansour is suspected of being part of a 2003 terror attack in Casablanca, in which 41 people were killed.

In 2016, Mansour had his Danish citizenship revoked after being convicted for posting online threats, screeds, photos, links and messages that praised Osama bin Laden and called on his readers to join al-Qaeda's al-Nusra front. The Moroccan has also posted online videos of soldiers being executed in Syria and Iraq.

Additionally, he was convicted on charges related to the editing and publishing of three books considered to be terrorist propaganda.

He was deported from Denmark on January 4th this year.