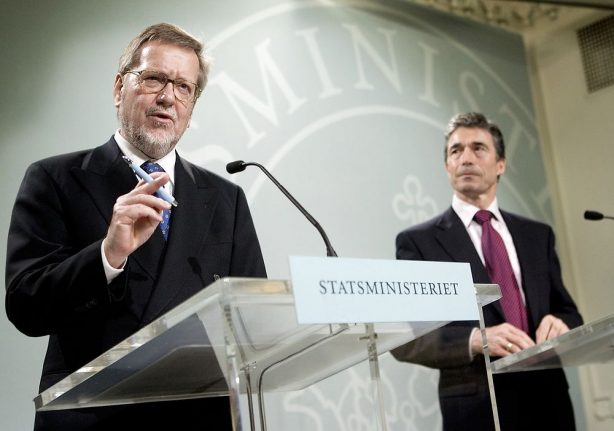 Prior to its decision to join the US-led military campaign in Iraq in 2003, the Danish government 'streamlined' information in reports that were already reliant on assumptions and estimates, an investigation has found.

“It can be stated that the government, in a number of instances, did not pass on important information to parliament or that the government ‘streamlined' information, so it gave parliament an incomplete picture of the situation,” the report, led by Professor Anders Wivel and associate professor Rasmus Mariager of the University of Copenhagen and published on Tuesday, states.

Møller, who was foreign minister in 2003, rejected that conclusion.

“I don’t believe I have had texts in front of me and said, ‘I’ll streamline these a bit, and we’ll make that shorter, and they shouldn’t be told this. I do not believe I did that,” he said.

“Furthermore, this is also a very theoretical discussion with hindsight, because this was not at all what the discussion was about in March 2003. Everyone assumed that they [Iraq, ed.] had weapons of mass destruction,” the former minister added.

Wivel and Mariager cite a number of examples of the so-called ‘streamlining' referred to in the report. On such example relates to the question of Iraq's possession of weapons of mass destruction.

The government was informed that there was no conclusive evidence that Iraq had such weapons, the researchers found.

But the government told both parliament and the media that this was the case, according to the report.

Møller denied that this was how events transpired.

“In the parliamentary debates we had at the time, [opposition party spokespersons] Mogens Lykketoft, Holger K. Nielsen and Marianne Jelved all mentioned weapons of mass destruction, so that was not the primary issue of the discussion,” the former minister said.

The report focuses on Denmark’s justification for participating in wars in Kosovo, Afghanistan and Iraq.

One of its primary conclusions is that the government kept to a minimum the information it shared with parliament's Foreign Policy Committee (Udenrigspolitisk Nævn).

But Møller said the government acted appropriately, citing discussion of the issue in parliament, parliamentary committee meetings, with the Foreign Policy Committee and with other bodies.

“That’s the way the process is. It is completely transparent,” he said.