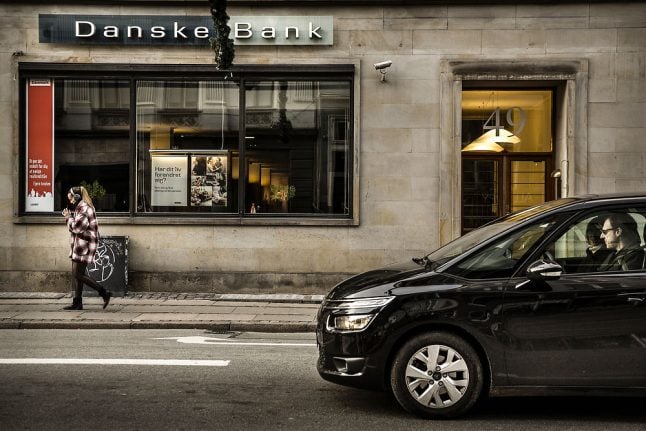 The banks' shares showed a drop of 8.95 percent to 144.40 kroner on an overall weaker Copenhagen stock exchange, a day after Danske said it was cooperating with a US investigation into suspicious transactions totalling 200 billion euros over seven years at its subsidiary in Estonia.

Since the start of the year, shares in Danske Bank have lost around 40 percent of their value.

Sydbank analyst Mikkel Emil Jensen said that on Friday, the shares were hit by revelations in the Financial Times about “mirror trading” activities at the Estonian unit.

The practice reportedly involved Russian clients who bought securities in rubles and then sold identical ones for dollars and euros.

The practice is legal but can alert investigators to potential money laundering schemes.

Danske Bank said it had identified “suspicious” transactions from 2007 – 2015 on behalf of 15,000 clients, including top Russian politicians and companies based in Denmark.

According to the FT, which cited an internal bank memo, Danske earned 10 million euros in 2013 through mirror trades that used Russian bonds, which the Danish lender acknowledged raised a “potential reputational risk in being seen to be assisting 'capital flight' from Russia”.

Denmark, like its Nordic neighbours, is considered an example of transparent governance, and the amount of the suspicious transactions is 10 times Estonia's national output in 2014.

The biggest German bank, Deutsche Bank, was fined almost 630 million dollars last year by British and US financial authorities who had investigated money laundering in Russia.