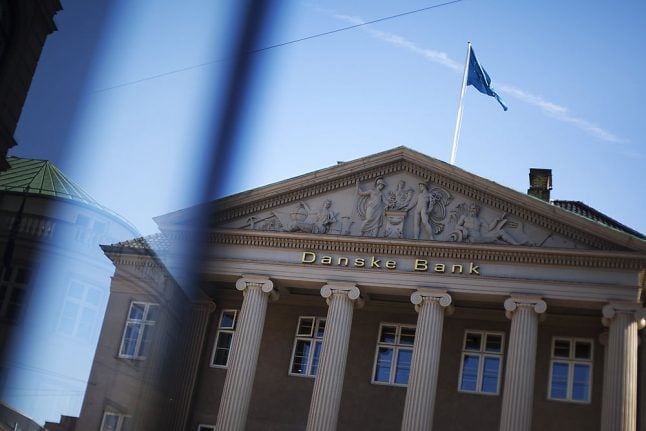 Photo: Kasper Palsnov/Scanpix
The Wall Street Journal on Friday reported that investigators were probing transactions of up to $150 billion “from companies with ties to Russia and the former Soviet Union” that transited Danske Bank's Estonian branch between 2007 and 2015.
On Friday afternoon, the share was down 4.11 percent to 177.15 kroner in a stable overall Copenhagen stock market. This follows a seven percent fall in the bank's share price on Tuesday.
In early August, the Danish state prosecutor's office for serious economic and international crime said Danske Bank was being investigated and prosecutors would decide whether to press charges.
Danske has launched two internal probes of its own regarding the allegations, and plans to publish its findings before the end of the month.
In 2017, Danish daily Berlingske claimed the bank had been involved in the laundering of around $3.9 billion of dirty money from several eastern European countries. But after seeing bank statements dating back to 2007 and 2015 from 20 companies with accounts in Danske's Estonian branch, the paper reported in early July that the figure was actually more than twice that.
Earlier this week, the Financial Times reported that up to $30 billion from Russia had flowed through Danske's Estonian subsidiary in 2013 alone.
Contacted by AFP, Danske Bank's chairman Ole Andersen admitted that “the issues related to the portfolio were bigger than we had previously anticipated”.
“We take the matter very seriously, and are committed to understanding the full picture.”
Other major European banks have been ensnared in massive laundering scandals in recent years including France's BNP Paribas and Germany's Deutsche Bank.