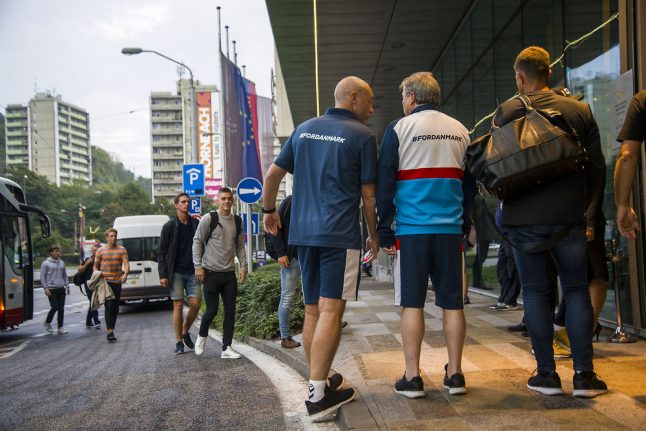 Regular coach Åge Hareide and his players were released from international duty after a complete breakdown in negotiations over a new appearance agreement for international players.

The primary stumbling block in the negotiations is reported to relate to players' image rights, and the issue had raised the prospect of Denmark failing to fulfil this week’s fixtures.

John Faxe Jensen, who scored in Denmark’s famous 2-0 victory over Germany in the final of the 1992 European Championships, will take temporary charge for the two matches.

One of the replacement players, forward Daniel Holm Sørensen of Skovshoved in the 2. Division – Danish football’s third tier – on Tuesday evening public with his reasons for taking up football association DBU’s offer to play international fixtures for his country.

The tweet by the player, who has also played for Superliga side Brøndby, received both support and criticism, with one response accusing the ‘emergency’ national team of “interfering in other people’s battles”.

The replacement squad for the two matches contains players from the third (2. division) and fourth (Danmarksserien) tiers, along with one of the regional level five leagues (Sjællandsserien).

Players from the national team for futsal, an indoor variant of football with five players per team, have also been called up.

Denmark play away against Slovakia in a friendly match on Wednesday evening before facing Wales in a UEFA Nations League match in Aarhus on Sunday.