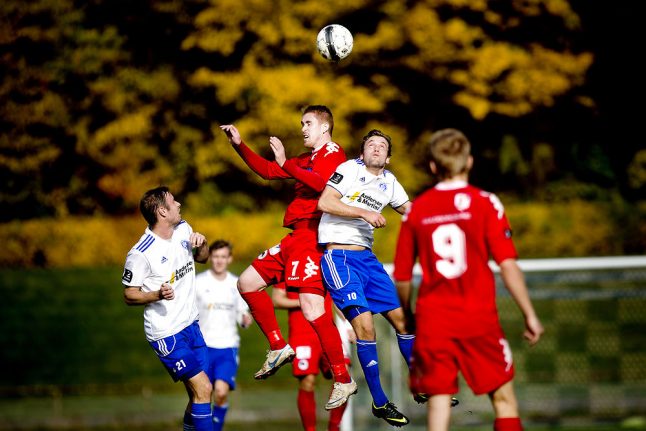 An entirely new squad was required, with Åge Hareide and his players released from international duty after a complete breakdown in negotiations over a new appearance agreement for international players.

The primary stumbling block in the negotiations is reported to relate to players' image rights, and the issue had raised the prospect of Denmark failing to fulfil this week’s fixtures.

But a new 23-man squad has now been found by DBU, according to a report by sports media Bold.dk.

The identities of most of the players are yet to be confirmed, but tabloid newspapers Ekstra Bladet and B.T. have both reported that Denmark’s national team for Futsal will supply a significant contingent of players.

Futsal is a variant of football played on hard courts with five players per team and is regulated by a different governing body to the 11-a-side game.

Meanwhile, Christian Offenberg, a player with BK Avarta, a club in the third tier of the Danish league system, on Tuesday became the first player to confirm he had accepted an offer from DBU to represent the national team, DR reports.

Offenberg, a 30-year-old striker, is currently the leading scorer in the 2. division with five goals in six matches this season.

DBU has reportedly sought to call up amateur footballers from lower divisions of the Danish football league system who are not members of the country’s player representation organisation Spillerforeningen.

Players from the 2. division, the third tier of Denmark’s domestic leagues, were approached by DBU on Monday.

Some clubs expressed regret at being dragged into the conflict while others were more positive. Tarup Paarup, a team near Odense, advised players to accept the DBU offer, according to Ritzau. Avarta's players were keen to offer their services to help Denmark avoid potential sanctions by European governing body UEFA, DR writes.

DBU has informed its Slovakian counterpart SFZ that a delegation from the Scandinavian country will arrive in Slovakia later on Tuesday.

“We have been informed that Denmark will arrive with a team at the hotel this evening, where they will give a press conference,” SFZ head of communication Monika Jurigova told DR.

Denmark are scheduled to meet Slovakia in a friendly match on Wednesday before facing Wales in a UEFA Nations League match in Aarhus on Sunday.