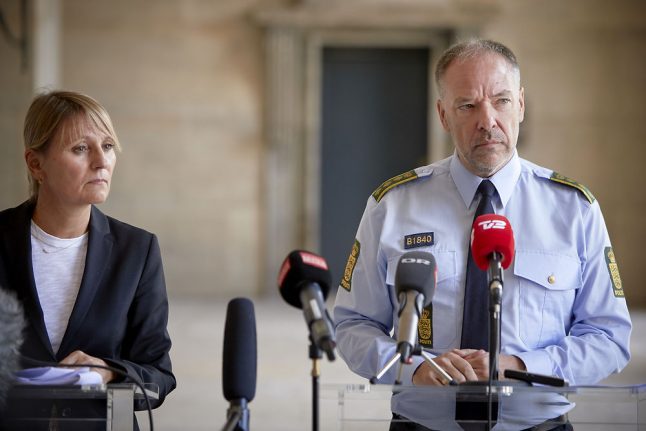 The ban will stay in place until ongoing legal procedures against the group have been concluded, Copenhagen Police announced in a press statement.

“The prosecution authority in Copenhagen has found that LTF is an association which displays a violent and criminal character of such serious nature that immediate intervention in the form of an administrative prohibition is required,” Copenhagen Police senior prosecutor Ida Sørensen said.

The ban, which applies across Denmark, takes immediate effect. The Prosecution Service (Rigsadvokaten) granted the police the necessary authority to implement the measure.

That means that wearing clothing bearing the LTF logo or otherwise promoting their interests in the public sphere is now forbidden. Breaching the ban can result in arrest.

“You will see police actively ensuring this ban is complied with. This is about showing no tolerance for this gang being manifest in the public space,” Kjeldgaard said.

Minister of Justice Søren Pape Poulsen said the ban was a step in the right direction.

“As a society, we must be tough on gang crime and make life for gangs as difficult as possible. It is historical that LTF is being banned from today,” Poulsen said via a press statement.

Although authorities in Denmark have previously been unsuccessful in attempting to ban associations or clubs linked to violence, the assessment of the Prosecution Service with regard to LTF is that the group’s violent intentions can be proved in court.

That has provided the basis for the temporary ban, which will be in effect until legal procedures are completed.

“There is now doubt that the temporary ban will be another resource for police. LTF will no longer be able to gather on the street and create fear. The temporary ban also means that gang members can be punished with up to two years in prison if they attempt to promote LTF,” Poulsen said.

No timeline has yet been given for court proceedings against the gang, but the group’s lawyer Michael Juul Eriksen has said the process could take “years” and would be likely to go all the way to the Højesteret supreme court.

LTF was formed in 2012 and played a major role in a series of gang-related shootings and violent incidents throughout much of 2017, resulting in deaths and injuries.