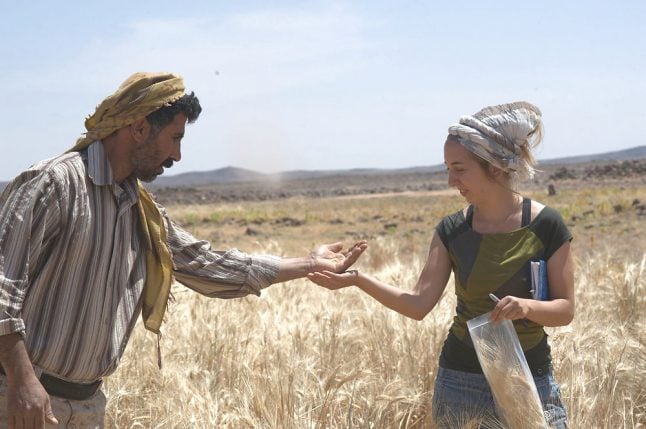 The bread was discovered during excavations by researchers from the University of Copenhagen, Cambridge University and University College London.

The find was announced by the Danish university in a press release.

Archaeologists from Copenhagen were studying carbonised food remains at a hunter-gatherer settlement known as Shubayqa 1, the University wrote.

The other universities assisted in analysing the excavated food scraps.

A particularly interesting element of the discovery is that it predates agriculture by 4,000 years. The bread is the oldest loaf ever to be discovered, according to the press release.

“We now know that bread-like products were produced long before the development of farming,” University of Copenhagen archaeobotanist Amaia Arranz Otaegui, the lead author of the study, said.

“The next step is to evaluate if the production and consumption of bread influenced the emergence of plant cultivation and domestication at all,” Otaegui added.

Archaelogists said that the time-consuming nature of baking bread using wild corn may have encouraged people of the time to grow corn themselves.

“Natufian hunter-gatherers are of particular interest to us because they lived through a transitional period when people became more sedentary and their diet began to change,” archaeologist Tobias Richter, who led the excavations at Shubayqa 1, said.

The Stone Age Natufian culture existed from around 12,500 to 9,500 BCE in the Levant, a region in the eastern Mediterranean that encompasses modern-day Jordan, Syria, Lebanon, Israel and Palestine.

“Flint sickle blades as well as ground stone tools found at Natufian sites in the Levant have long led archaeologists to suspect that people had begun to exploit plants in a different and perhaps more effective way,” Richter said.

“But the flat bread found at Shubayqa 1 is the earliest evidence of bread making recovered so far, and it shows that baking was invented before we had plant cultivation,” the researcher continued.

Excavations in the Shubayqa area in northeastern Jordan were carried out between 2010 and 2015. The Stone Age settlement included two well-preserved stone buildings.

The research was funded by the Independent Research Fund Denmark and permission to excavate was granted by the Department of Antiquities of Jordan.