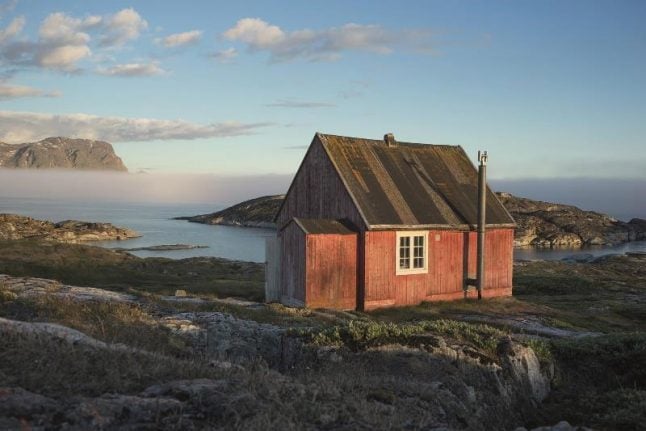 The only house standing in Saqqaq was built by a private individual after the settlement was abandoned. It is used as a summerhouse and hunting cabin. Photo: Jens Fog Jensen
The Aasivissuit-Nipisat area, which lies at the heart of the largest ice-free area in Greenland, “is a cultural landscape which bears witness to its creators' hunting of land and sea animals, seasonal migrations and a rich and well-preserved tangible and intangible cultural heritage linked to climate, navigation and medicine,” Unesco said on its website.
The area “contains the remains of 4,200 years of human history,” it added.
According to the Danish historic monuments office, the area covers more than 4,000 square kilometres of fjords, lakes, rural land and ice caps. It becomes Greenland's third entry on the Unesco World Heritage List.
Greenland, which is rich in natural resources, gained autonomy from Denmark in 1979 and was granted self-rule in 2009, although Copenhagen retains control of foreign and defence affairs. Despite its name, 85 percent of Greenland is covered in ice.
The Unesco status is “a great international recognition of the natural beauty we have and the culture associated with it,” Greenland's culture minister Vivian Motzfeldt said in a statement.
Unesco's World Heritage Committee, which has been meeting in Manama since June 24, on Saturday also added to the list eight pre-Islamic sites in Iran, Mumbai's Art Deco buildings, seven ancient Korean mountain Buddhist temples, old Christian sites in Japan and two ancient sites in Germany.