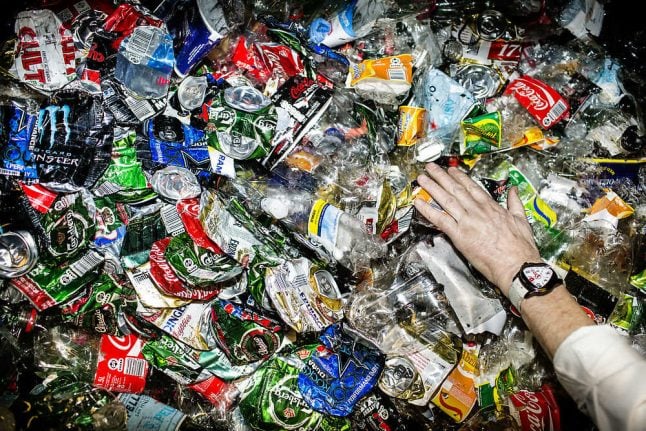 The collection, organised by the Danish Society for Nature Conservation, takes place annually on a Sunday during April, with schools and other institutions also contributing in the week leading up to the collection day.

This year’s litter collection brought in 18 tonnes more trash than in 2017, the society said.

77 percent of the collected cans are reported to have come from stores at the border with Germany, where many Danes bulk buy to save money.

That means many of the cans cannot be recycled through the Danish ‘pant’ system.

The 'pant' model is based on a small surcharge being paid on every bottle and can bought in Denmark. The surcharge, or deposit, is paid back to consumers when bottles are returned via specialised machines, which are located at most supermarkets.

Similar systems are used in used in neighbouring Sweden and Norway.

Danish Society for Nature Conservation president Maria Reumert Gjerding called on the government to act on the issue.

“We have a fantastic [bottle and can] return system in Denmark, which ensures that nine out of ten eligible cans are returned. So it is a real mess when our nature is nonetheless polluted by cans from Germany that aren’t compatible.

“Fortunately, there is an obvious solution: surcharge border store cans,” Gjerding said in a press statement.

90 percent of the 1.5 million cans collected over the last ten years were incompatible with the Danish recycling system, according to the conservationist group.

“We are still finding too much litter and too many cans. But it is certainly a step in the right direction that we have found noticeably fewer cans than last year, especially considering there were many more of us volunteering [this time],” Gjerding said.