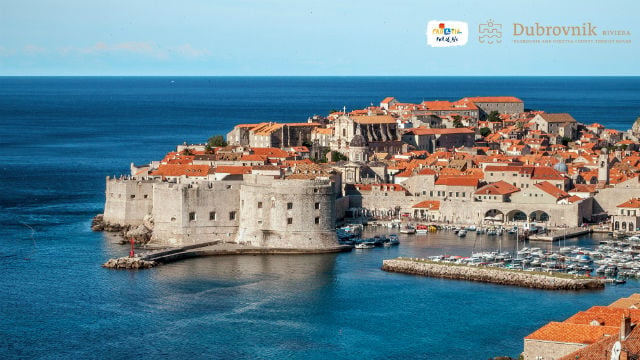 Stretching down the coastline of the bottommost tip of Croatia, the karst landscape of Dubrovnik's Riviera has been carved by thousands of years of history. Countless islands, century-old monuments, national parks, beaches lapped by crystal clear water, it’s a veritable treasure trove of traveller’s delights.

The most famous attraction of the region is, of course, Dubrovnik’s Old Town. Encircled by sixteenth-century stone walls, in recent years it’s provided a filming location for productions including Game of Thrones, Star Wars Episode VIII, and Robin Hood: Origins.

The city holds myriad other surprises, such as international music and theatre festivals, cultural happenings and other unique events.

Notable on the annual schedule is Dubrovnik Summer Festival, Croatia’s leading cultural event and one of Europe’s most outstanding cultural festivals. Starting with a bang, it opens with an evening of fireworks and music, followed by displays of theatre, cinema, concerts, operas and dance.

At the end of June, Dubrovnik hosts another theatrical treat: Midsummer Scene Festival. This two-week event sees British and Croatian actors perform Shakespeare’s A Midsummer Night’s Dream in English on an open-air stage in the stunning Fort Lovrijenac.

And that’s just a snapshot of the many exciting events that are taking place in Dubrovnik this summer.

But don't be fooled into thinking Dubrovnik itself is all Dubrovnik Riviera has to offer.

From the natural beauty at Mljet island’s national park to the show-stopping gastronomical offerings and oenological pleasures of the Pelješac peninsula, there’s a cornucopia of cultural and natural wonders to be found.

Island of Korčula; a Venetian legacy

Venture out of the Old Town and discover the Venetian-influenced town of Korčula. Situated on a small island of the same name, the historic town fuses nature with cultural traditions and wonderful local restaurants. With the same medieval charm as Dubrovnik, the narrow streets, old stairways, churches, palaces, mighty walls and fortress, all tell a unique story about the island’s history as a Venetian base in the Middle Ages.

Not many islands on the Adriatic can lay claim to sandy beaches, but Korčula is one of them. If you’re looking for somewhere to laze away with a book and a beer, or for a child-friendly beach, this is the arguably the best spot for you in the whole of Croatia.

The unspoiled nature and breathtaking scenery of Mljet is one of Croatia’s must-visit spots. Soak in the peaceful atmosphere; go for a dip, hop on a bike, hike one of the many trails in the National Park, or rent a canoe and see the island from a unique angle.

In the National Park itself are two saltwater lakes, Malo Jezero (Small Lake) and Veliko Jezero (Great Lake), connected to the sea by a narrow canal. At the southeast of the island, you’ll come across Saplunara Beach, one of the most picturesque sandy beaches in southern Dalmatia.

The island is also home to a cave which, according to legend, saved a shipwrecked Odysseus as he made his way home to Ithaca after the Trojan Wars. Take refuge in Odysseus’s cave, although keep an eye out for any wily goddesses — legend also has it that the beautiful goddess Calypso held Odysseus captive as her lover in the cave for seven long years. Must have been hell.

Pelješac: The ‘cradle of wine’

Since ancient times, there has been a long tradition of wine production on the Pelješac peninsula thanks to its many vineyards. Wine trails and wine tasting cellars are located alongside long and winding paths that connect this green peninsula.

Around the middle of the peninsula is the village of Žuljana, a tranquil oasis in a sandy bay facing the west. Known for its many beautiful sandy beaches, Pelješac’s sunsets aren’t to be missed while budding divers can choose from a number of trips organised by local diving centres.

This small sun-kissed archipelago of 13 islands is a verdant and unspoilt example of idyllic southern Dalmatia. Spend a day island hopping and discover the untouched and perfectly preserved nature that still thrives on the islands.

The three largest and most populated of the Elaphiti islands are Koločep, Lopud and Šipan. For centuries, they represented a place of leisure, vacation and delight, due to the preserved surroundings, clean and clear sea, sandy beaches, beautiful pine forests, olive gardens, promenades, and footpaths.

Considered one of the last paradises of the entire Mediterranean, Lastovo island is a rare example of untouched natural resources. The natural habitat on this remote island is rich in marine and plant life, which you can enjoy far away from the hubbub of other tourists.

The tour in a traditional boat — called a lađa — along the narrow canals and backwaters of the Neretva opens up a panorama of vast, verdant plains. The tour guide will familiarise you with life in the valley, showing you how the local people fish and harvest citrus fruits, figs, and grapes.

Don’t miss out on this authentic experience, revealing the closely-guarded secrets of the widely-known local delicacies, and make sure to toast with a glass of Neretva wine served from traditional wooden jugs.

Whatever you’re looking for, you’ll find it in the captivating and varied Dubrovnik Riviera. This is just a small glimpse of the many things there are to see and do. Whatever you choose, this is one holiday destination that won’t disappoint.

This article is produced by The Local Client Studio and sponsored by the Dubrovnik and Neretva County Tourist Board and  Croatian National Tourist Board.