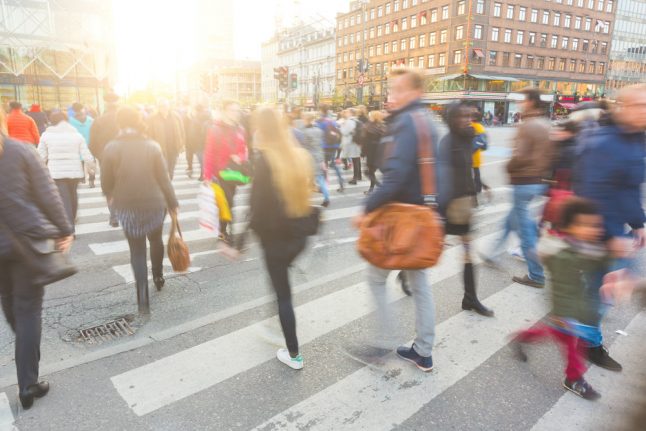 In total, there are 5,781,190 people living in Denmark, according to the latest figures from Statistics Denmark (DST) from the first quarter of 2018.

Of those, 770,397 are of foreign heritage. This includes people from all corners of the globe — with many of The Local's readers (and staff) among them.

The figures, from official stats agency DST, provide a lot of information as to the makeup of Denmark’s expat and immigrant population — but first a few definitions need to be clarified.

The numbers are based on data from personal registration (CPR) number databases, which include information on place of birth, citizenship and parents, provided parents also have information in the CPR database.

They may have moved for love, for work, out of necessity or just to try something new; here's a closer look at just where people in these groups come from and where they end up.

Of Denmark’s Scandinavian neighbours, 14,161 Swedes have crossed the Øresund bridge to settle in Denmark, joining 15,752 Norwegians.

The map below shows the distribution by nationality of those 'first generation' movers to Denmark.

The pattern is a little different for the second group defined by Denmark as ‘descendents’: those that were born in Denmark to at least one non-Danish parent.

The map below shows the distribution of foreign nationalities living in Denmark.

Denmark’s foreign population is spread across the country, with a clear concentration in capital Copenhagen as well as the three next largest urban centres – Aarhus, Odense and Aalborg.

In comparison, 57,013 of the 340,421 people living in Aarhus Municipality fall into one of the ‘foreign resident’ categories.

If you’re a foreigner living outside of one of the larger Danish cities, you may feel a little more isolated. But you’re not completely alone.

Even on Christiansø – a tiny island in the Baltic Sea north of Bornholm and Denmark’s smallest municipality – three of the 83 residents are foreign.