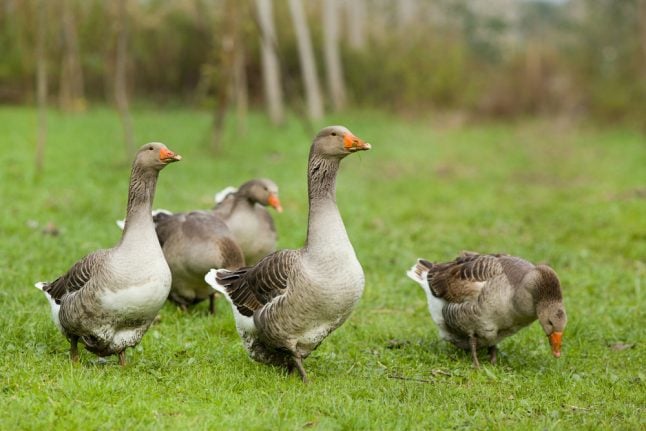 That is the conclusion made by Danish scientists after studying almost 100 graves from the Early and Late Roman Iron Age (1-375 CE), writes ScienceNordic.

They further posit that the Roman influence led to a significant shift in the way in which Scandinavians buried their dead.

One of the changes was the custom of burying people with different species of animals – and the newly introduced hens and geese were especially high-ranking status symbols.

“We don’t have these kinds of poultry before Christ, so it is clearly associated with the Roman life and Roman status. In the Roman Empire, hens and geese were a common burial gift, while in Denmark they were new and exotic species,” says Anne Birgitte Gotfredsen from the Natural History Museum of Denmark at the University of Copenhagen, speaking to ScienceNordic.

Gotfredsen analysed the animal bones and is lead-author on a book detailing the new analyses.

Only a select few were buried with hens or geese, and even within these two high-status symbols, there were many differences. While 'chicken graves' contained considerable valuables, it was only the 'goose graves' that contained expensive, imported Roman goods, Gotfredsen said.

“These birds were certainly rare and at this time we don’t find them in ordinary domestic waste. We only see them as whole animals in connection with rituals or in a grave,” she said.

It is the first time that scientists have combined zoological studies of animal skeletons with archaeological and anthropological results in Danish graves from the Roman Iron Age period, when Scandinavia was undergoing great cultural change.

“It’s the first study of it’s kind, where material is worked on collectively and for me, it opens up entirely new aspects of burial rituals in this period,” said archaeologist Mogens Bo Henriksen, curator at Odense City Museums.

“The new burial rites are a clear sign of contact with the Romans, and the adoption of their animals. There are even some signs indicating that, just like the Romans, people began to hold banquets for the dead. It was an entire lifestyle,” Henriksen added.

READ MORE from ScienceNordic: The Viking Age should be called the Steel Age

The new study allows archaeologists to learn more about the significance of the widespread practice of laying animals in graves alongside the dead, he said.

Geese, which start turning up in graves during this period, were considered holy in Roman culture. They represented the goddess Juno, who was married with Jupiter and had the highest rank in Roman mythology.

“Altogether, it sends a signal. The burials in this period were more than anything else a stage-managed event, which intended to signal lineage and thereby the status of the descendants,” Henriksen said.